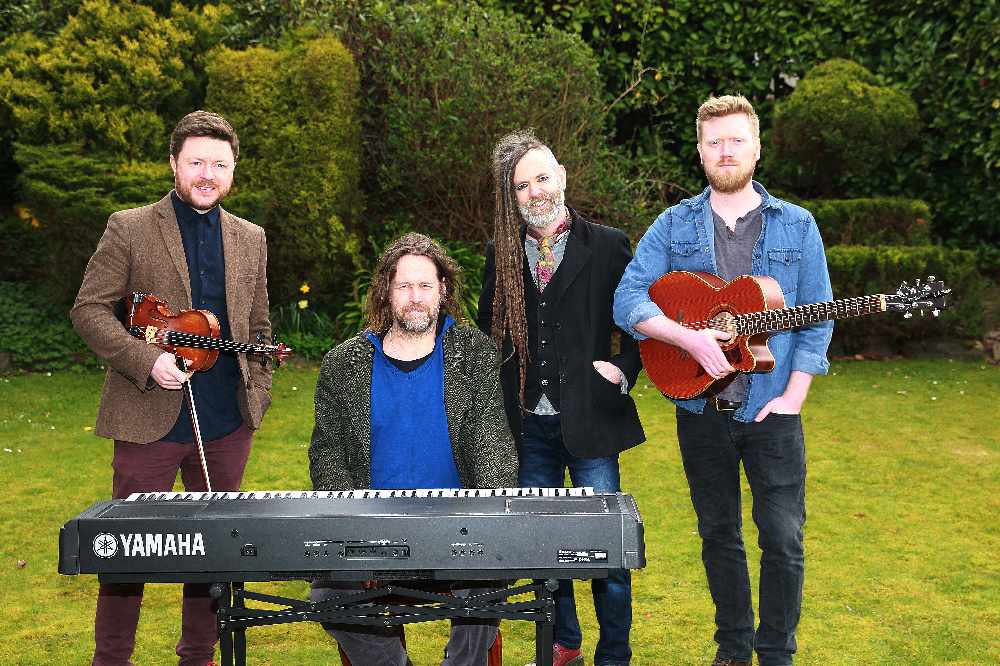 The hotly anticipated Holywood Harmony Festival 2017 is just around the corner!

Building on the success of previous years' festivals, the North Down town will be alive with the sound of music from Friday June 2 until Sunday June 4, 2017.

Hothouse Flowers frontman Liam O Maonlai, who was the special guest at the official launch of Holywood’s biggest three-day music party, as his band will be headlining one of the hottest gigs of the festival on Saturday, June 3.

Speaking at the launch, held last month at the multi-award winning Rayanne House Hotel in the heart of the town, Festival director Mari Jackson said: “There’s such a great buzz about Holywood Harmony Festival 2017. Our festival line up is getting stronger every year. We are indebted to our sponsors Garry’s Barbers in Holywood and our broadcast partner Q Radio, as well as the fans from all over Northern Ireland and beyond who travel far and wide to support the festival. This year is going to be even bigger and better.  Such was the response for Hot House Flowers tickets, that we had to expand the marquee to facilitate the hundreds of fans.”

Liam Ó Maonlaí, who will be performing with his band at the festival on June 3, said: “I’ve never played in Holywood and look forward to the warm welcome and seeing the Northern Irish fans again, who have been a loyal supporter since we came on the scene in the 80s. We’ll hopefully attract a new army of fans too, as our gig promises to be rockin!”

Listen to The Holywood Song, composed and performed by Mari Jackson, the organiser of Holywood Harmony Festival.

The festival opens with a bang as Internationally acclaimed pianist and singer Duke Special will headline the opening night of the festival, Friday 2 June at the festival marquee with his exciting new collaboration with trad supergroup Ulaid.

Belfast based The Emerald Armada will warm up fans with their electric, energetic live performance.

Tickets for this gig available here

Local singer/songwriter Ciaran McEhinney and The Nat Youle Band will play support to The Hot House Flowers on Saturday June 3.

The finale evening, on Sunday June 4, welcomes more locally produced talent from Gareth Dunlop, who not only was named Young Songwriter of the Year at the Belfast Nashville Songwriter’s Festival, but his songs have been featured in numerous hit television series including Cougar Town, One Tree Hill and Army Wives. Gareth has also opened by Jeff Beck, Jools Holland Nanci Griffith, Imelda May and many more.

American Jazz aficionado Dana Masters will debut her first album and will be supported by Sam Wickens.

Tickets for this gig available here

Please note, there are limited tickets for all concerts.