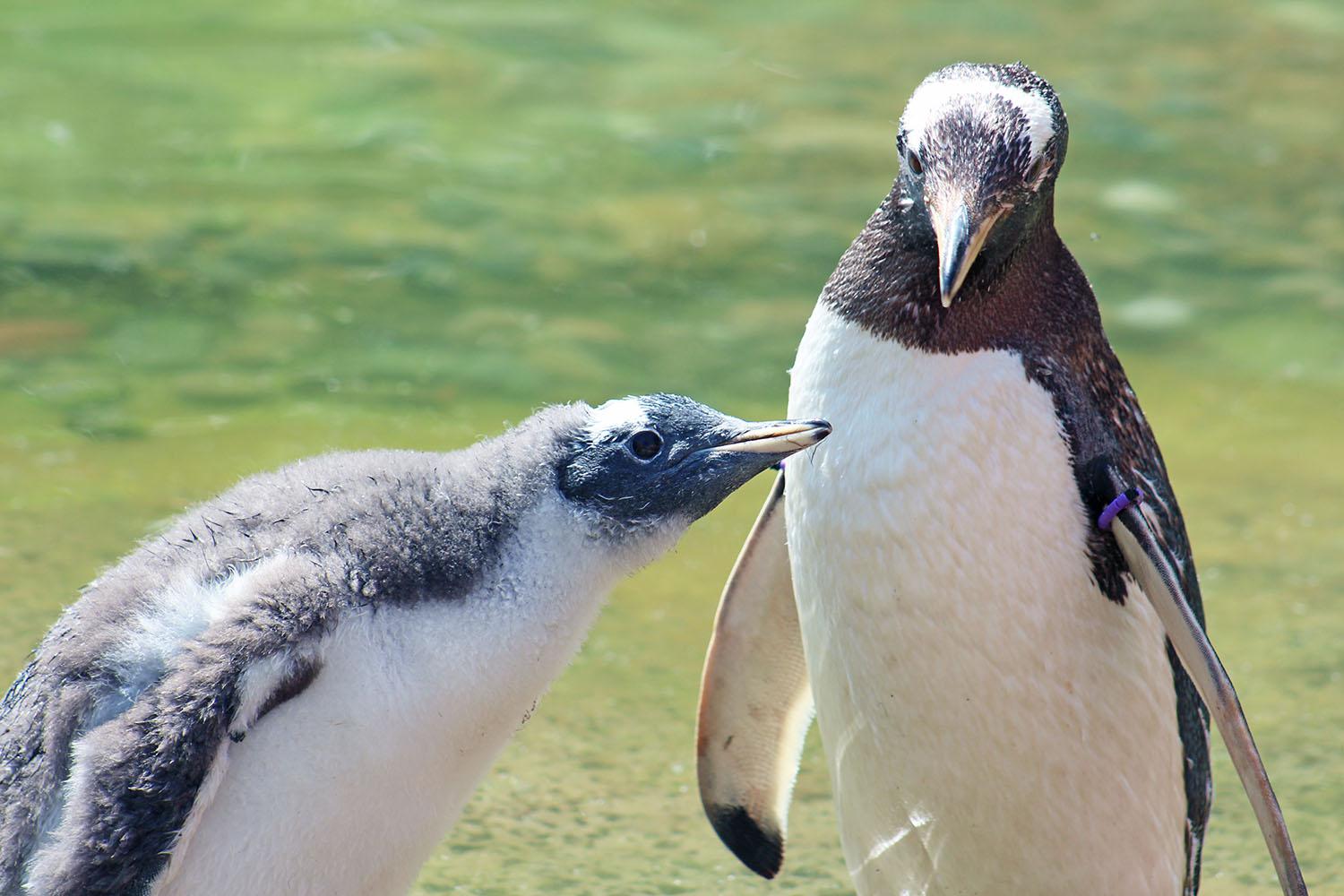 Belfast Zoo is celebrating the arrival of some ‘flippered’ friends as nine gentoo penguins have hatched!

Belfast Zoo first became home to penguins in 1984 and since then has celebrated the arrival of many chicks, as part of the breeding programme for this species.  With the nine arrivals, Belfast Zoo is now home to 37 gentoo and two rockhopper penguins.

Zoo manager, Alyn Cairns, said “The penguin breeding season starts way back in February.  At this point in the year, keepers are responsible for installing nest rings on the pebble beach area of the enclosure.  The birds then fill these nest rings with pebbles, moss, leaves and stones.  In fact, these pebbles are an important part of the penguin courtship ritual as males often obtain a mate by offering the female the most impressive ‘rock’ he can find.  Female penguins then lay up to two eggs in the nest and both parents play an active role in incubating the eggs for 30 to 40 days.  The first eggs started to hatch at the end of May and we now have a total of nine penguin chicks.  When they first hatch the chicks are covered in fluffy feathers.  However, these birds grow extremely quickly and go through a molting stage before getting their adult plumage.”

There are 17 species of penguin in the world and Belfast Zoo is home to gentoo and rockhopper penguins.  All species of penguin are found in the Southern hemisphere.  Gentoo penguins are found in the Falklands, South Georgia, Kerguelen, Marion, Macquarie and the Antarctic peninsula.  The gentoo penguin is the third largest member of the penguin family, after the emperor and king penguin and is the fastest underwater swimming bird, reaching speeds of up to 22 miles per hour.  While these birds can’t breathe underwater, they can hold their breath for long periods of time and can spend as much as 75% of their time in water.

Due to the decline in their populations, gentoo penguins are listed as ‘Near Threatened’ on the International Union for Conservation of Nature (IUCN) Red List.  Reasons for their decline include pollution of their ocean habitat, predation from gulls (who steal eggs) and birds of prey who will take small chicks, increased illegal egg collection, oil exploration and increased disturbance caused by tourism. 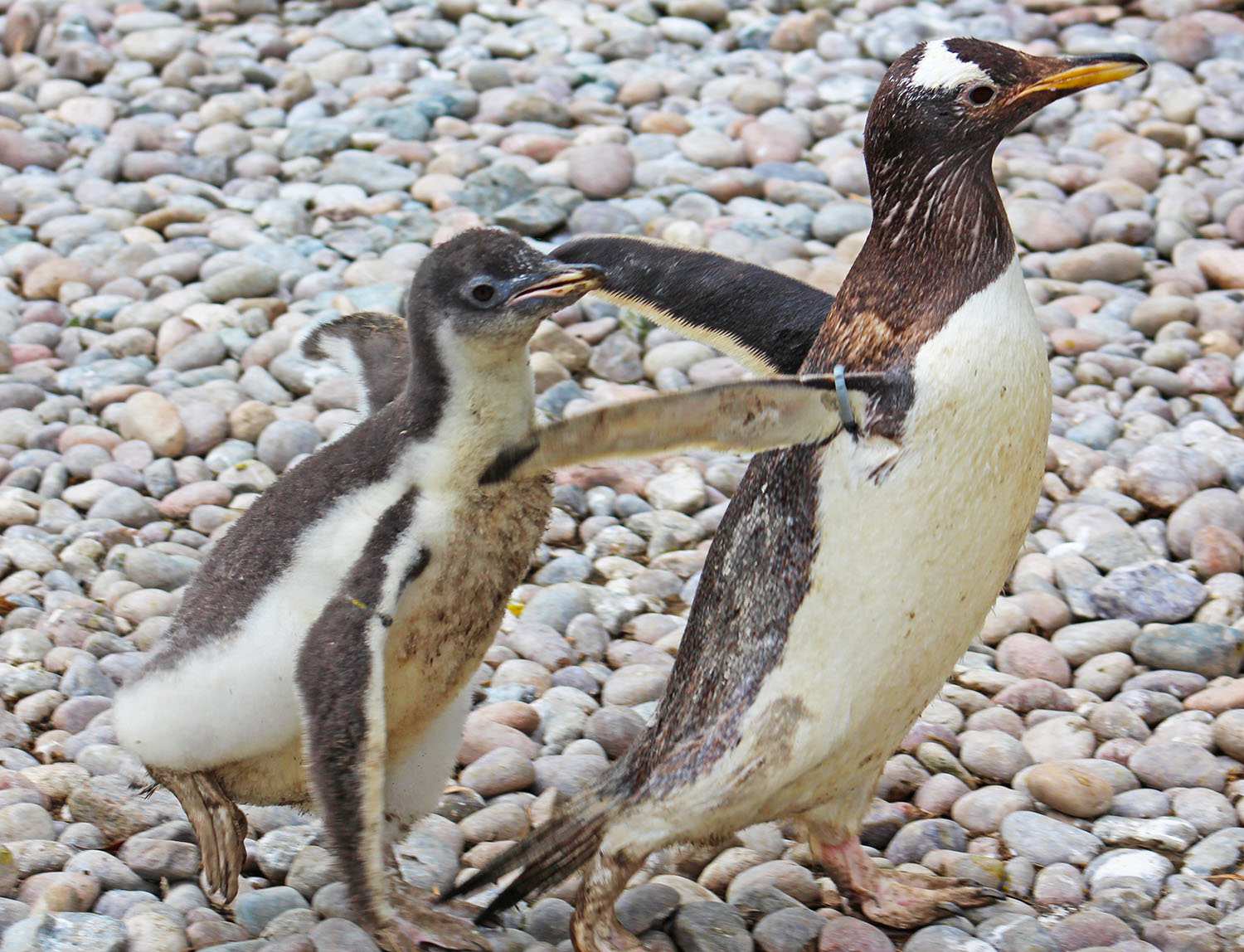 The zookeepers have been busy keeping the penguin colony cool during the recent hot weather.  The nests are shaded by sun shades and umbrellas and, while the birds are on the nests (and choose not to enter the pool), they can enjoy some cooling water from the sprinklers in the enclosure.  Keepers have also been treating the penguins to some home-made ice lollies filled with their favourite fishy treats!

Ever fancied feeding fish to our penguins?  You can now get closer than ever before with Belfast Zoo’s penguin experiences.  Find out more or book your experience atwww.belfastzoo.co.uk/experience, call 028 9077 6277 or email experience@belfastzoo.co.uk.*