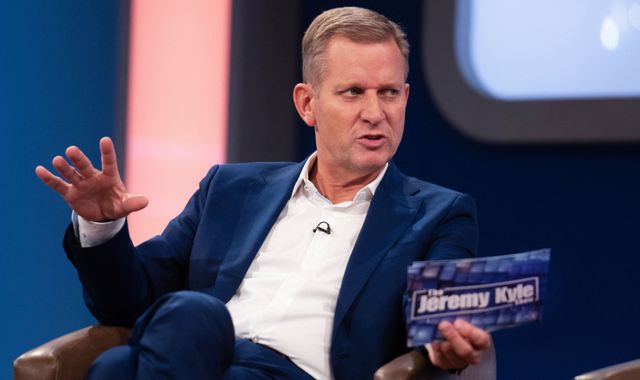 'The Jeremy Kyle Show' has been axed.

The ITV daytime show is set to end production after 14 years on screen following the death of Steve Dymond, who allegedly took his own life a week after taking a lie detector test on the programme.

Carolyn McCall, ITV's CEO, said: "Given the gravity of recent events we have decided to end production of The Jeremy Kyle Show.

"The Jeremy Kyle Show has had a loyal audience and has been made by a dedicated production team for 14 years, but now is the right time for the show to end.

"Everyone at ITV's thoughts and sympathies are with the family and friends of Steve Dymond.

"The previously announced review of the episode of the show is underway and will continue."

But the network won't be cutting ties with the 57-year-old host completely.

Carolyn added: "ITV will continue to work with Jeremy Kyle on other projects."

Earlier this week, the show was taken off the air and all past episodes removed from the ITV Hub following Steve's death.

A spokesperson said at the time:  "Everyone at ITV and 'The Jeremy Kyle Show' is shocked and saddened at the news of the death of a participant in the show a week after the recording of the episode they featured in.

"Our thoughts are with their family and friends. ITV will not screen the episode in which they featured. Given the seriousness of this event, ITV has also decided to suspend both filming and broadcasting of 'The Jeremy Kyle Show' with immediate effect in order to give it time to conduct a review of this episode of the show."