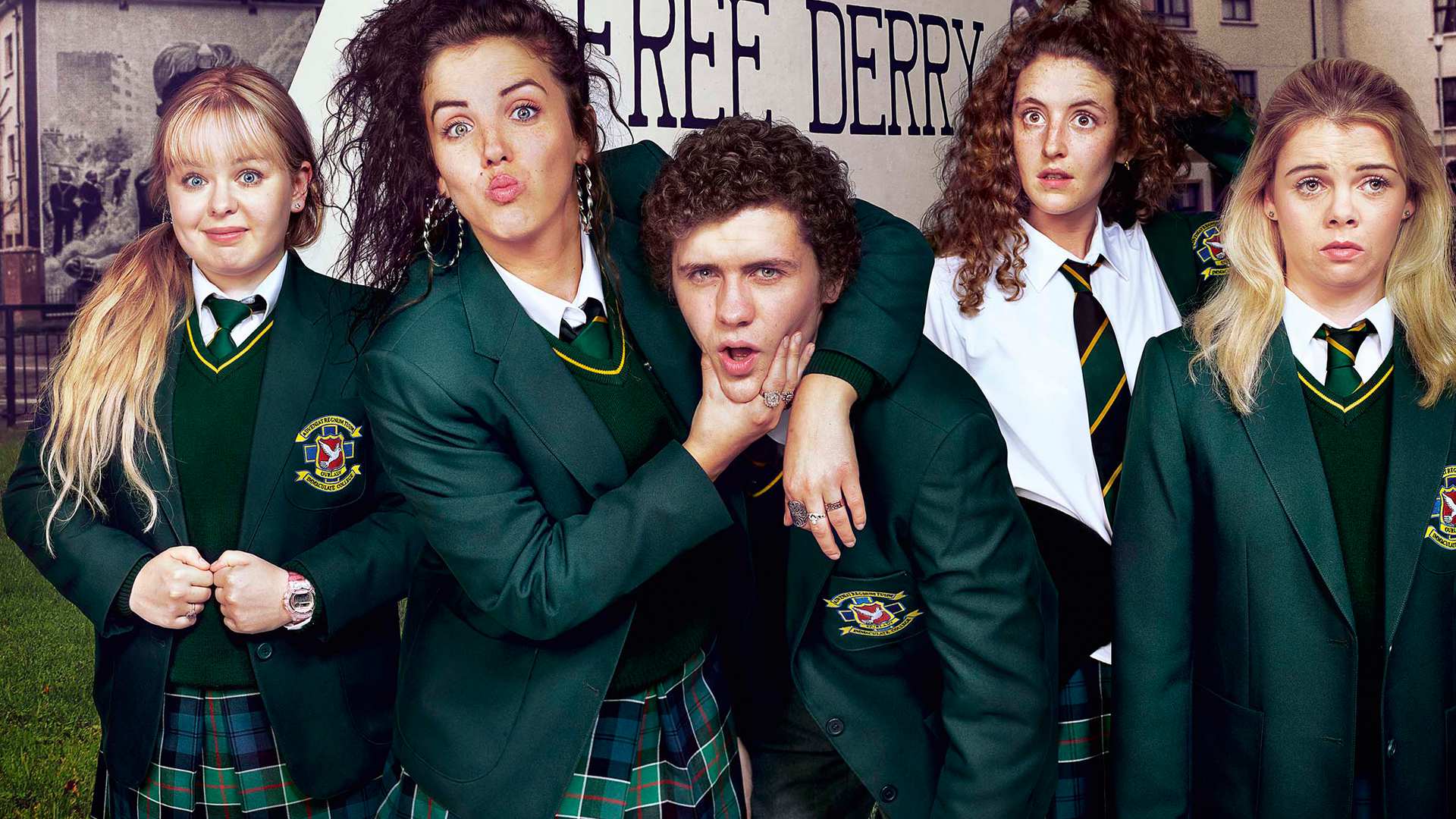 Are you excited for Derry Girls Season Two?

The stars of Derry Girls have been spotted filming scenes for Season Two on the streets of Derry - Londonderry, Northern Ireland today.

Locals have told Q Radio they are SUPER excited about the filming taking place in the city.

Cast and crew of @Channel4 hit comedy #DerryGirls move to another location in #Derry during filming today. Homeowners in this street tell me they are super excited, lots of discreet curtain twitching going on today pic.twitter.com/F8codMNYj2

Derry Girls writer Lisa Magee says the cast and crew are excited to be back on set filming!

The #DerryGirls writer @LisaMMcGee says the cast and crew are excited to be back filming her hit @Channel4 comedy on the streets of #Derry pic.twitter.com/qb7Xr0lQuZ

It's believed the stars will be filming throughout the city at different locations across the next few days. Keep an eye on our social media channels for more details.

The very fabulous #DerryGirls begins filming in #Derry this morning. The cast will be shooting in several places across the city in coming days pic.twitter.com/2c45sBBhO5

Hope you enjoy our matching coats as much as we do#DerryGirlsInDerry pic.twitter.com/Z1YvLTjaWh