London Grammar has released the latest single from their upcoming album, 'Californian Soil'. 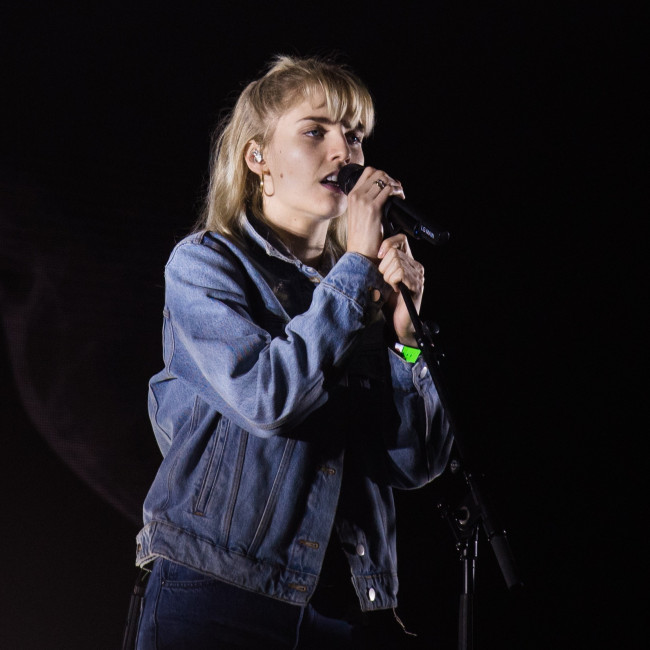 London Grammar have released their new single, 'Lose Your Head'.

The Indie pop trio - comprising of Hannah Reid, Dan Rothman and Dominic ‘Dot’ Major - have given fans another taste of their delayed third studio album, ‘Californian Soil’, which will now arrive on April 9, after being pushed back from February 12, due to the ongoing Covid-19 pandemic.

The track deals with "quite dark" subject matter, but "in an upbeat way".

Speaking of the song, singer Hannah said: “’Lose Your Head’ is about power and control in relationships. The lyrics are quite dark, but I wanted to show the song in an upbeat way.”

'Lose Your Head' follows the release of the title track and ‘Baby It’s You’, both of which were released to critical acclaim.

Hannah previously shared that the upcoming 12-track LP is about taking back control of her life after facing misogyny in the music industry.

The video for Lose Your Head is here ✨

She said: “Misogyny is primitive which is why it is so hard to change. But it is also fearful. It’s about rejecting the thing in yourself which is vulnerable or feminine. Yet everybody has that thing. This record is about gaining possession of my own life. You imagine success will be amazing. Then you see it from the inside and ask, ‘Why am I not controlling this thing? Why am I not allowed to be in control of it? And does that connect, in any way to being a woman? If so, how can I do that differently?’”

‘Baby It’s You’ was released in August, and was London Grammar’s first new music since their 2019 Flume collaboration, ‘Let You Know’.

Hannah previously hailed the the Australian DJ and record producer for pushing “the boundaries of electronic music like nobody else”.

She gushed: “Working with [Flume] was an honour because he pushes the boundaries of electronic music like nobody else. He’s the kind of electronic artist who will be around forever. I love our song we did together.”

The track-listing for ‘Californian Soil’ is: