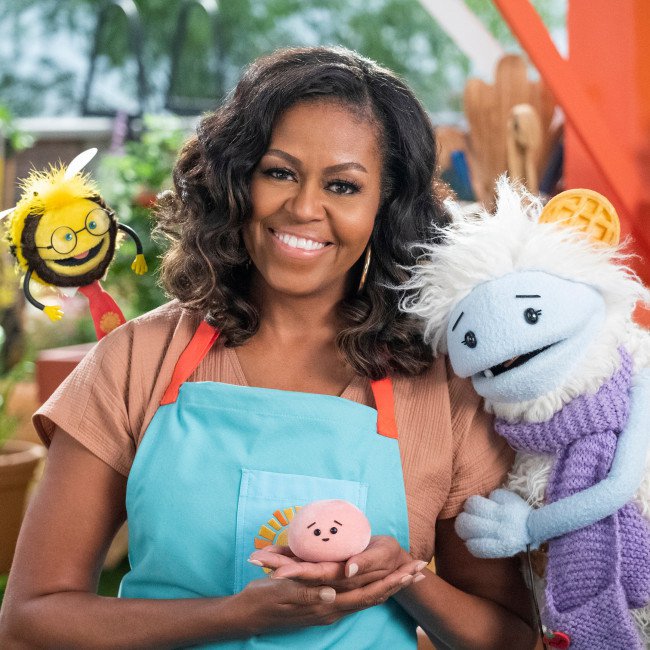 Michelle Obama has confirmed plans for her own children's cooking show on Netflix.

The former First Lady of the United States has announced 'Waffles + Mochi', which launches on March 16 and follows the two titular characters who want to escape 'The Land of Frozen Food' to become chefs, with their dreams becoming a reality at a whimsical new supermarket.

In a statement, Netflix revealed: "With the help of friendly new faces like the supermarket owner, Mrs. Obama, and a magical flying shopping cart as their guide, Waffles and Mochi blast off on global ingredient missions, traveling to kitchens, restaurants, farms and homes all over the world, cooking up recipes with everyday ingredients alongside renowned chefs, home cooks, kids and celebrities."

The 10-episode show is looking to open up conversations about cooking, healthy eating and connecting through food.

Michelle, 57, wrote on Instagram: "It's all about good food, discovering it, cooking it, and of course, eating it. These two will take us on adventures all around the world to explore new ingredients and try out new recipes.

I’m beyond thrilled to share that on March 16, I’ll be launching a new show on @Netflix called Waffles + Mochi! I'm excited for families and children everywhere to join us on our adventures as we discover, cook, and eat delicious food from all over the world. pic.twitter.com/dedUWMp9SY

"Kids will love it, but I know that adults will also get plenty of laughs - and some tips for the kitchen.

"In many ways, this show is an extension of my work to support children's health as First Lady - and to be quite honest, I wish a program like this had been around when my girls were young."

Meanwhile, she also noted how the team were looking to help people "during the pandemic".

She continued: "I also know that this is a difficult time for so many families, and I'm hopeful that this delightful show can bring a bit of light and laughter to homes around the world.

"That's why as part of the show's commitment to helping families during the pandemic, we're working with our partners at @PHAnews to get fresh ingredients to families in need across the country so they can cook together at home."