Brandywell to be renamed after Ryan McBride 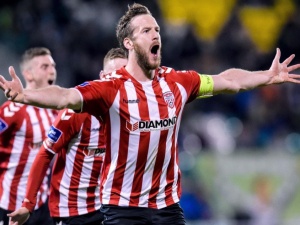 There has been a unanimous council vote to re-name Brandywell Stadium after former Derry City star, Ryan McBride.

The plans had been backed by Ryan's family and the club.

Speaking after the news was announced at a Derry City and Strabane District Council meeting, Ryan’s brother in law Gareth McCay said it was an emotional moment.

"Everyone in our city was deeply touched with the untimely death of Ryan.

"It had a deep impact on his family, the Brandywell community, the wider city and those connected to Derry City Football Club and sport in general across Ireland.

"Ryan’s life on and off the field, has left a great legacy in our city and the club and its players will continue to draw inspiration from him for many years to come.

"It is fitting that Ryan’s legacy should live on through the stadium and the club he loved and that he should be remembered in this way for generations to come.

I would like to pay tribute to McBride family for the dignity shown throughout this process, the work of the Ryan McBride Foundation and that of local Sinn Féin Councillor Patricia Logue."