Bullet In The Gun 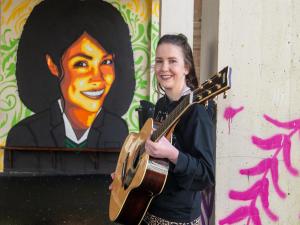 A Co Tyrone musician and peace ambassador who has batted a heart condition since birth has teamed up with members of the Afghan Women’s Orchestra during the pandemic.

The talented teenager is set to star in a collaboration music video with the support of the Community Relations Council.

Cara Monaghan's partnership with the group known as Ensemble Zohra is part of an international project with local intercultural arts charity Beyond Skin which has seen current and former students from the Afghanistan National Institute of Music (ANIM) teaming up with young female musicians here in Northern Ireland.

The 16-year old has been working with Beyond Skin ever since she met its founder, Darren Ferguson, while attending a summer scheme in Cookstown on music and peacebuilding.

It was there she wrote her song ‘What If’ which ended up being performed by young musicians in Sri Lanka as part of a music project with the organisation.

“Since we met Cara she has performed in concerts, music videos, film projects and at prestigious events with local and international professional musicians - using music to connect communities and doing events that bring us together with our neighbours around the world. All this, and Cara only turned 16 last October - she is only getting started,” said Darren.

The charity recruited Cara as a Youth4Peace ambassador, as part of a global initiative implementing the Youth Peace & Security UN Resolution 2250.

The teenager has battled health problems since birth, when she was diagnosed with a rare heart condition called pulmonary arteriovenous fistula which can shunt blood flow in the wrong direction around the body.

She underwent a series of lifesaving surgeries in the first months of her life and in P5 underwent major surgery in the Royal Victoria Hospital for pectus excavatum, a hole in the breast bone.

It was at this stage that she developed her passion for music, her mum Jacinta explains.

“At that time, when she was in and out of hospital, One Direction was a big thing and Cara was very fond of Niall Horan. She took this notion of wanting an acoustic guitar and we thought she would just play it and it would be a one-night wonder,” she added.

“But she asked for guitar lessons and her studies came on in leaps and bounds. She found her love of music and we discovered that she had a voice.

“She’s very shy until she gets on stage, but when she gets there, she turns into a different character.”

As her musical skills have developed, Cara has been taking part in more and more performances and has been working closely with Darren on Beyond Skin projects, including partnerships with groups and musicians in Sri Lanka, Afghanistan, Colombia, Palestine and Israel. In 2019 Cara was one of three girls in Northern Ireland invited onto a girls’ peace champions programme managed by Natali Márquez Foundation.

The Beyond Skin collaboration work with the Afghan Women’s Orchestra started in 2016 when Darren met Dr Ahmad Sarmast, founder of the Afghanistan National Institute of Music, and invited him to Northern Ireland where he was a guest speaker at the Conversations Festival in Mount Stewart where he also met Cara.

Music had been banned in Afghanistan in 1996 by the Taliban, with those found playing or selling it imprisoned and tortured, and many musicians fleeing the country. 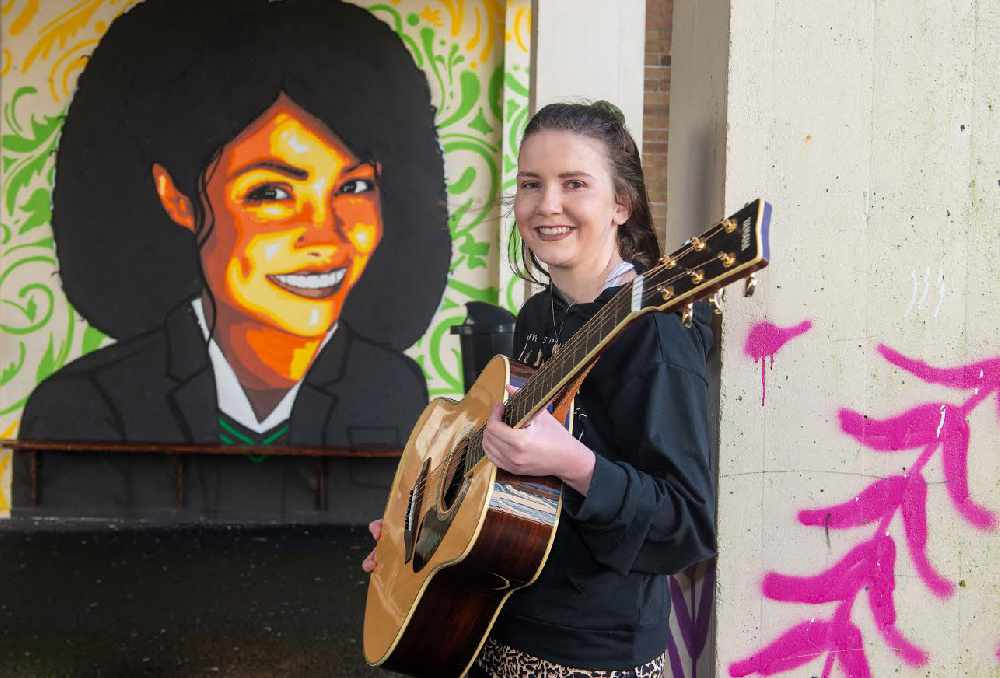 But while in exile in Australia in 2001, Dr Sarmast had begun negotiating the rebuilding of music education with the Afghan government and went on to found ANIM in Kabul in 2010, with the aim of providing a dynamic, challenging, and safe learning environment for all students regardless of their gender, ethnicity, religious sect, or socio-economic circumstances.

Since the collaboration was recorded, the Ministry of Education of Afghanistan has announced a ban for girls of 12 years old and up from singing in public arenas — this would include being able to participate in singing their National Anthem of Afghanistan. The campaign #IAmMySong has been launched to reverse this decision

Cara performs on the collaboration song based on the tune of “In Gham be Haya” and says she is thrilled to have teamed up with professional musicians for so many peace-building projects.

“It was really nice to meet Darren and he has got me involved with so many things. I’ve really loved it and I loved playing with the orchestra,” she says.

The music video was released on Tuesday 13th April 2021 and Cara and other young musicians have been working with a very prestigious production team.