Harland and Wolff set to go into administration 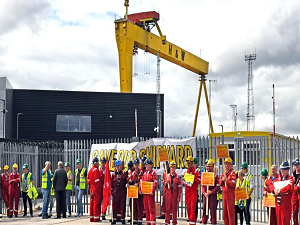 The Belfast shipyard famous for building the Titanic is set to go into administration later. 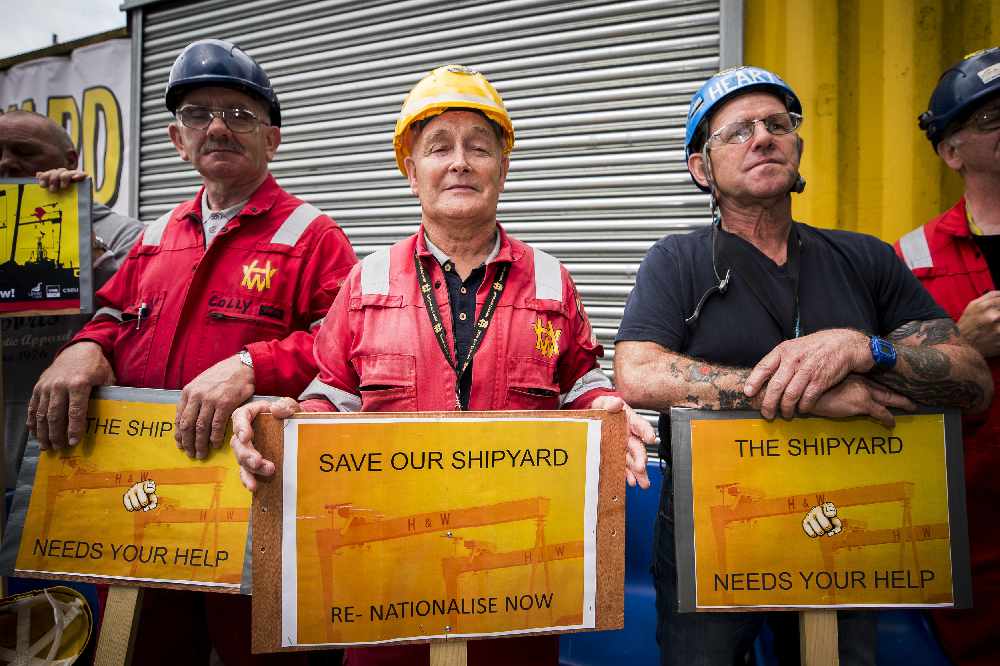 (Workers picketing at the gates of the Shipyard)

Speculation around potential eleventh-hour bidders has so far proved unfounded, with no-one tabling an offer to stave off administration.

Workers are due to meet this afternoon when they will decide whether to continue the occupation and prevent administrators accessing the site.

They will also meet DUP leader Arlene Foster at Stormont to discuss the situation.

"It's a waiting game today, we are waiting to hear news," he said.

"The Government keeps quoting European law - that's all we get out of them, European law. It's very strange when on October 31 we are out of Europe, so why are they hiding behind European law when they don't want to believe in European law?"