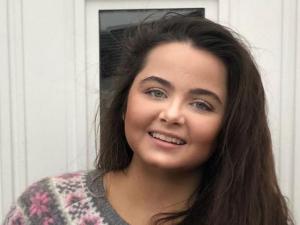 One of Northern Ireland's most inspirational campaigners for organ donation has died at the age of just 20.

Lucia Quinney Mee from Ballycastle in county Antrim passed away at the weekend - five months after receiving her fourth liver transplant.

Lucia set up the 'Live Loudly Donate Proudly' campaign and carried the Olympic torch in 2012.

She was awarded the British Empire Medal  in 2017 for her work to raise awareness of organ donation.

Paul McClean is the Principal of Cross & Passion College in Ballycastle where Lucia was a pupil...

Paul McClean principal of Cross and Passion College in Ballycastle has paid tribute to pupil Lucia Quinney Mee who passed away at the weekend, five months after receiving her fourth liver transplant. pic.twitter.com/WV8eHFtKvg