Liver transplant patient hailed a hero by family of Donor 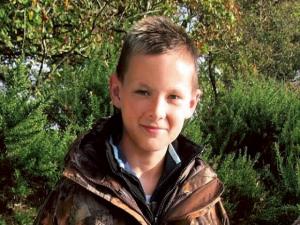 A special relationship between a liver transplant patient and her donor's family will be at the centre of an event to raise awareness of the life-saving procedure.

Daryl Turley died aged 13 in 2009 when he was knocked down by a motorbike but his family quickly decided his death would not be in vain.

His heart, kidneys, liver and his lower bowel were able to be donated to help people such as Cara Hearst, who developed acute liver failure at 17.

Now fully recovered and training to be a nurse, Ms Hearst has developed a strong bond with Daryl's mother Lily and they are to join other donor families and recipients to mark recent progress at an event in Glasgow.

A total of 133 people who died in Scottish hospitals became organ donors, up from 99 the previous year, said NHS Blood and Transplant.

That meant 348 people who were waiting for a transplant were able to have the surgery they needed.

Ms Hearst, now 26 and from Belfast, said: "I will be forever grateful for what the Turley family has done for me.

"Without the transplant I had days to live, and because of the decision they made in their darkest hour, I now have a future.

"I'm delighted to have been given the opportunity to recognise each and every donor that has changed the lives of so many as part of this event. It's an honour to stand with Lily and mark their incredible contribution."

Ms Turley, from Hamilton, said: "When we heard there was nothing that could be done to save our boy, within minutes we decided as a family to let organ donation go ahead.

"Daryl's heart, his kidneys, his liver and his lower bowel were able to be donated to those in need. For me, knowing Daryl's death wasn't in vain has helped us deal with the pain of losing him.

"I've never, ever had second thoughts or regretted our decision, and I think of Cara as our hero. She has her whole life ahead of her and that shows the power of organ donation. I feel immensely proud of Daryl, a feeling I'm sure many other donor families at the event will share."

Lesley Logan, regional manager for Scotland at NHS Blood and Transplant said: "This event is about recognising those who have helped save more lives in Scotland through organ donation and transplantation, and thank them for all they have done.

"Organ donation touches lives in many ways. By looking at it from the perspective of donor families, transplant recipients and those whose job it is to ensure as many people benefit from transplant surgery, it's humbling to see the generosity, gratitude and dedication that exists in Scotland."