Man hit by car in Newtownards left in hospital 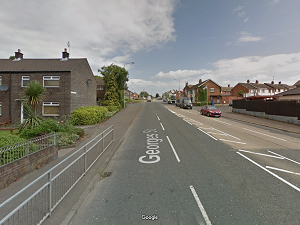 A man's in hospital after he was hit by a car in Newtownards.

The PSNI say the 36-year-old was knocked down on George's Street early this morning, leaving the road shut.

His injuries are not thought to be life threatening.

Detectives want the taxi driver who reported the crash to get in touch.

A spokesperson for the PSNI said: "Sergeant Des Davison would appeal to the taxi driver who reported this incident to the ambulance service to contact Police at Newtownards as he may have information which could help with enquiries.

"Police would also appeal to anyone else who was in the vicinity of Georges Street at the time of the collision to contact them on the non-emergency number 101, quoting reference 68 28/05/17."