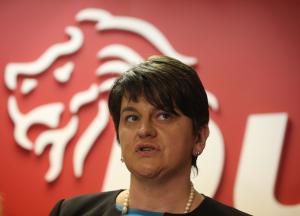 Northern Ireland’s First Minister has defended her call for the police chief to resign after a decision not to prosecute Sinn Fein politicians over attending a large funeral last year despite Covid restrictions.

Arlene Foster also deflected criticism for not meeting with Chief Constable Simon Byrne when she met with representatives of loyalist paramilitaries just weeks ago.

The Police Service of Northern Ireland recommended prosecutions against deputy First Minister Michelle O’Neill and 23 others for alleged breaches of the regulations last year at the funeral of republican Bobby Storey, but the Public Prosecution Service (PPS) announced last week it will not pursue prosecutions.

The PPS pointed to police engagement with the funeral planners as one reason why any prosecution was likely to fail as well as the repeatedly changing and inconsistent nature of Stormont’s coronavirus regulations.

UK policing watchdog Her Majesty’s Inspectorate of Constabulary is to conduct a review of the PSNI’s handling of the policing of the funeral. 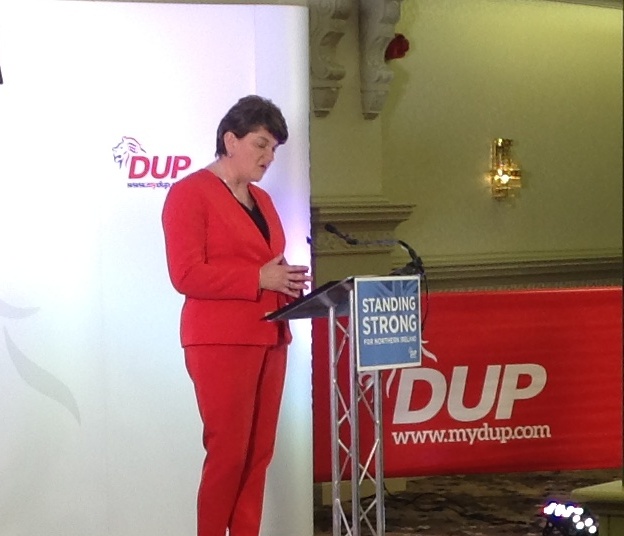 Mrs Foster blamed police commanders, accusing them of “facilitating” the funeral, and claiming the PPS report was “devastating”.

Mrs Foster dismissed the criticism as comparing two different things, and insisted the loyalist community must be heard.

The decision not to prosecute sparked widespread anger across the political divide in the region.

It caused particular disquiet among loyalists who have complained of “two-tier policing” and have taken to the streets to protest in recent nights.

However, violent scenes over recent nights have also been blamed on Brexit and a local response in the South East Antrim area by what police term “criminal elements” against recent drug raids.

Concern has been expressed that recent scenes of disorder which have seen 41 police officers injured will continue with further protests planned.

Mr Byrne is set to brief the Policing Board later in a private session on the disorder.

Mrs Foster insisted she stands with police officers but said she must “call out failure”.

Mrs Foster said she believes the leadership of the PSNI has “compromised itself to a point where it needs to change”.

“I support all of those police officers who are having to deal with an outrageous couple of nights of violence and I stand foursquare with them but as a political leader and as a public representative I don’t just have a right to talk about these issues, I have a duty to call out things when they are not correct,” she said.

“As the leader of unionism it is my duty to call out failure when failure is very obvious.”

Mark Lindsay, chairman of the Police Federation for Northern Ireland, voiced concern about the “lack of confidence that political leaders have in the Chief Constable”.

“The proper mechanism for that is the Policing Board, of which all political parties are represented. So they hired him two years ago and it’s up to them then to make the decision around that. Certainly our members are very disturbed around the political use of commentary that says the Chief Constable should resign,” he said.

My thoughts are with all our injured officers some of whom I spoke to in person last night. It's worrying that many of those involved in the disorder were so young. We would ask that community & political leaders use their influence to keep young people safe from harm. pic.twitter.com/iDRjwW3nRs

Mrs Foster said she has spoken to police officers who feel “let down by the leadership of the PSNI”.

“I’m not speaking to the Chief Constable because first of all he hasn’t asked to speak to me, I haven’t asked to speak to him and the reason for that is if I meet the Chief Constable I will simply repeat what I said to him last Tuesday after the devastating report from the PPS for him when I said that he had lost the confidence of the unionist community and he should resign,” she said.

The Northern Ireland Assembly is set to be recalled from recess on Thursday to discuss recent disorder.