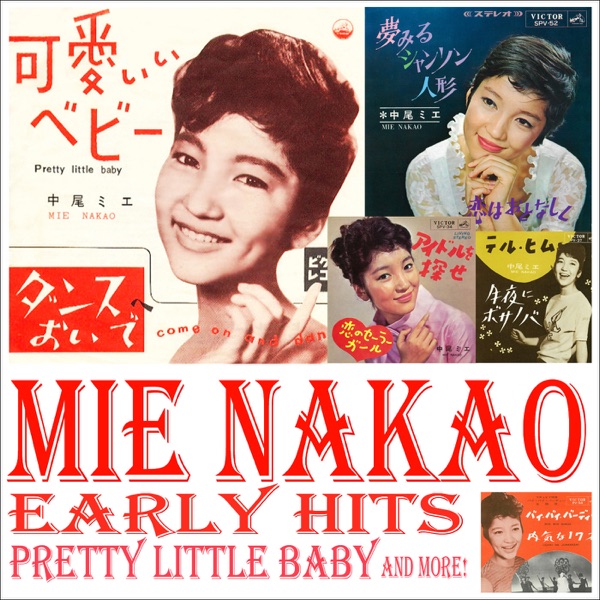 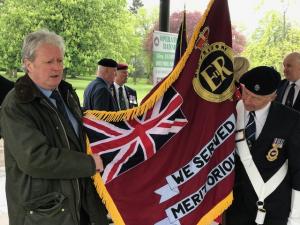 It opposed the imposition of direct rule of Northern Ireland from Westminster early in the Troubles and held a series of massive rallies.

The organisation called for Ulster to retain control over its own internal security and said the loyalist cause must be taken into the hands of the loyalist people themselves.

Plans have been unveiled for a services veterans parade in Lisburn this August. It will mark the 50th anniversary of Operation Banner. 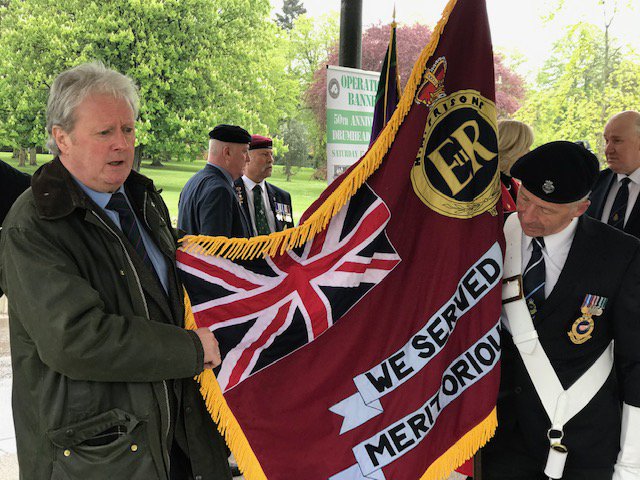 Plans are unveiled for a services veterans parade in Lisburn this August. It will mark the 50th anniversary of

Northern Irishman Lawson said: "My father was involved in local politics; he was one of the instigators of the Vanguard movement down there with Bill Craig and Harry West and he was a target.

"We were visited on numerous occasions by strange men in camouflage who would appear on the doorstep ad have sandwiches and they were there to protect us.

"The Ulster Defence Regiment (UDR) were always round and about making sure everybody was all right and some strange guys from England would appear with no cap badges and mother would make them sandwiches."

Lawson said Northern Ireland had been "swept under the carpet" in the rest of the UK.

He was brought up on the shores of Lough Erne in Co Fermanagh in the 1960s and is an ambassador for the Northern Ireland Veterans' Association (NIVA).

Direct rule from London was introduced by Ted Heath's Conservative government in 1972, taking back power from Stormont following spiralling IRA and loyalist violence.

The clawing back of responsibilities by a government viewed with deep suspicion by loyalists sparked trenchant opposition from men like Lawson's father.

Members of his family and friends were in the services during various generations.

He visited Lisburn near Belfast on Tuesday to launch a veterans event this August commemorating those who died during the Troubles.

He said many others remained deeply troubled by what they witnessed.

Some exposed to violence suffered from post-traumatic stress disorder, at a time when the condition was not as well recognised as it is today.

Lawson said: "In Cheshire (where he lives) people have forgotten already what happened, children are not taught.

"I find it a little annoying that Northern Ireland has been swept conveniently under the carpet and it is only when very unfortunate incidents like in Creggan the other week that people will wake up and realise that they (IRA) maybe have not gone away."

Lawson expressed hope for powersharing talks beginning at Stormont on Tuesday, but admitted it was difficult to see progress being made.

He said: "I spend my time defending this wee country in England and it is very difficult when you have issues and people talking about gay issues.

"People cannot believe what we are arguing about.

"For God's sake sit down and get on with it because the problems are not insurmountable, they really are not."

He said Northern Ireland's veterans were neglected and prey to suicidal thoughts and alcoholism.

"They have done it all themselves and it was ever thus, we are stoic people and we will get on with it and do it and that is what they are doing."

He added: "It is just a government thing, they would rather these people disappeared and shut up, that is the impression we get in England from local government upwards."