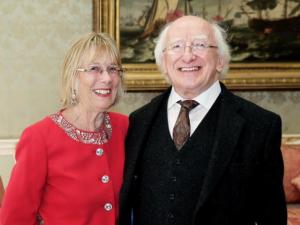 'To have known Sally O’Neill Sanchez was a privilege'.

Those were the words of Ireland's President Michael D.Higgins when he learned of the death of the popular Co.Tyrone Chairty worker.

Sally O'Neill worked with Trocaire for 37 years in some of the world's most challenging humanitarian crisis, mostly in central America.

She died on Sunday alongside three of her co-workers after a crash in Guatemala.

"To have been with her in some of the places of conflict, distress and human suffering was to see the brilliance, compassion, and limitless courage she brought to her engagement with the poor, the oppressed, and the displaced" said the President.

"Her work during the famine in Somalia I witnessed at first hand. She established Trócaire’s programme in Gédo. A decade earlier she had worked on the famine in Ethiopia.

"Sally understood the importance of combining tangible assistance and practical compassion with the pursuit of long-term solutions to the root causes of poverty, marginalisation and oppression.

"Through her work she empowered countless people and she was relentless in calling on those with power to bring their influence to bear on the policies and politics that affected those most vulnerable. 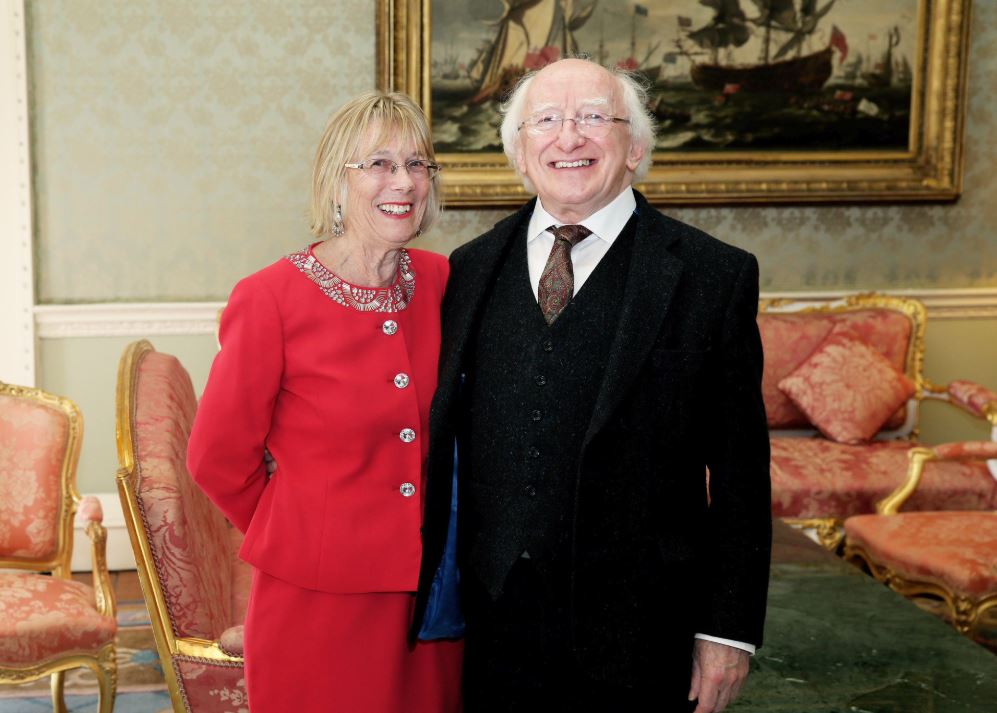 "With the same professionalism, ease and conviction as Sally O’Neill Sanchez led delegations of politicians and bishops to witness the suffering of marginalised communities throughout Central America, she was able to bring those previously without a voice to the corridors of power at international conferences.

"I was privileged to have her as a friend and will never forget the brilliant guidance and assistance she provided on so many occasions and in so many places."

Trócaire CEO Caoimhe de Barra said: “We are heartbroken by this news. Sally was the heartbeat of Trócaire for almost 40 years.

"She was a truly remarkable person. Trócaire was only five years old when Sally joined. Sally built the foundations of the organisation. She embodied our values and through her courage and commitment to human rights touched the lives of so many people.

“I was with Sally last week in Guatemala. Despite having officially retired, she remained a driving force for human rights in Central America. Her drive, passion and commitment was as strong as ever. Sally was much beloved by communities and human rights activists throughout Central America.

"She dedicated her life to improving the lives of others. Her legacy will live on through the thousands of people whose lives she helped to improve."

Sally is survived by her children Roger, Rhona and Xio, and her husband, Roger.

She joined Trócaire in 1978 and dedicated her life to working with the poor, the marginalised and victims of human rights abuses  before retiring in April 2015.

Sally worked primarily on Trócaire projects in Latin America but she was also involved in providing famine relief in Ethiopia in the mid-1980s and established Trócaire’s programme in Somalia in the early 1990s in response to a famine there.

She worked in Central America at a time when civil wars were being fought in El Salvador, Guatemala and Nicaragua. She oversaw humanitarian aid to more than two million refugees in the Central American region during those conflicts years.

Sally led delegations of politicians and bishops to Central America so they could see the suffering, translating for Archbishop Oscar Romero six weeks before he was murdered.

In 1982, Sally and Michael D Higgins (who was then a TD) visited El Salvador to investigate reports of a massacre in the village of El Mozote. They were initially refused entry into the country but were eventually granted access. They uncovered evidence of a massacre of civilians and their report from El Mozote made its way onto the pages of the international media, including the New York Times and Washington Post.

Sally was appointed by President Michael D. Higgins as a member of the High Level Panel for the Presidential Distinguished Service Award for the Irish Abroad in 2012 and awarded the Hugh O´Flaherty Humanitarian Award in 2011.

In July 2017 she was conferred with an honorary Doctor of Law degree by the University of Ulster.

Following her retirement, Sally continued to work in a voluntary capacity as a facilitator with prisoners and migrants in Honduras, where she lived.