Dancing With A Stranger 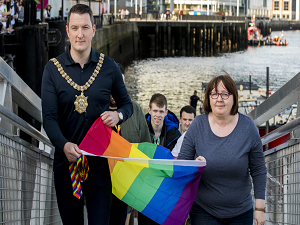 The rainbow flag was delivered down Belfast Lough on a flotilla of boats blasting their horns to cheers from onlookers on the banks.

It will be the first time a Pride flag flies from City Hall.

Thousands are expected to take part in and watch the Belfast Pride parade on Saturday. 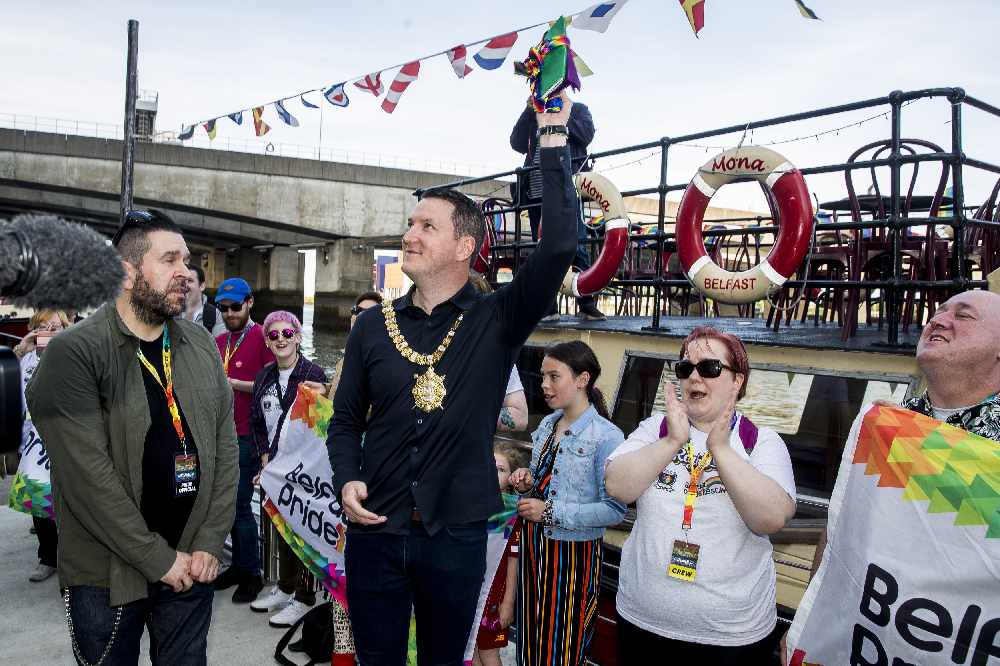 Mr Finucane said he is proud to lead the parade on Saturday, describing it as one of the highlights of his year as mayor.

"This was an excellent event organised by Belfast Pride, they had a flotilla coming down the Lagan to present me with one of the original Gilbert Baker Pride flags to mark the significance of the Pride flag flying over the City Hall for the first time in our history as a city tomorrow and to celebrate what I think will be the biggest and the best ever Pride festival in Belfast," he said.

"While we live in a time where rights for those in the LGBTQ community remain outstanding, to see that flag fly over the City Hall, to see that leadership from City Council, I think is very important because this is a city for everybody, everybody has their place here, and I think the energy, the vibrancy and the inclusive nature of the parade tomorrow is going to be an absolute joy and I encourage everybody to come down.

"It's absolutely one of my highlights of the year and I'm very proud to be mayor when the rainbow flag, the Pride flag, will fly from City Hall for the first time." 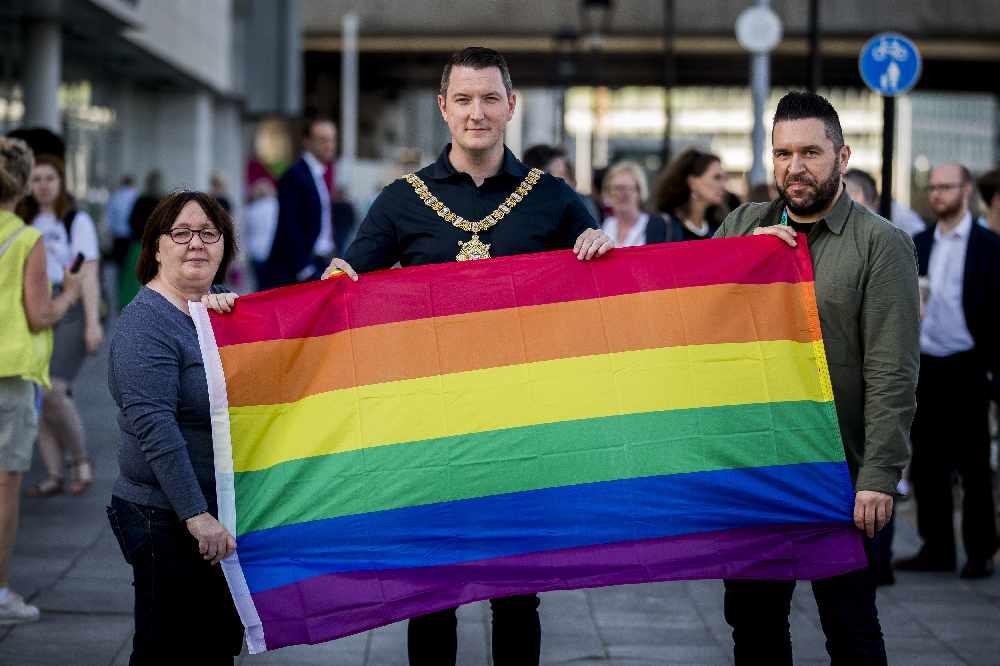