WATCH: No recognition of any wrongdoing in apology - Arlene Foster 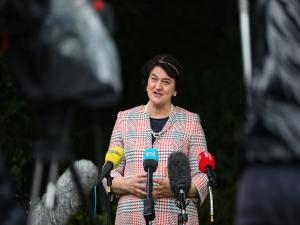 By Q Radio news and PA

Trust between members of the Stormont coalition and Deputy First Minister Michelle O'Neill's credibility in delivering Covid-19 health messaging have been damaged by the controversy over large crowds at Bobby Storey's funeral, the DUP leader said.

Ms O'Neill has stood by her decision to go to this week's west Belfast service for the senior republican but did say sorry to families bereaved during lockdown for any hurt caused by scenes of hundreds of people lining the route.

Mrs Foster said: "Regrettably, the role of the Deputy First Minister in causing that hurt has not been acknowledged today.

"I think it falls short of that.

"I regret that that is the case." 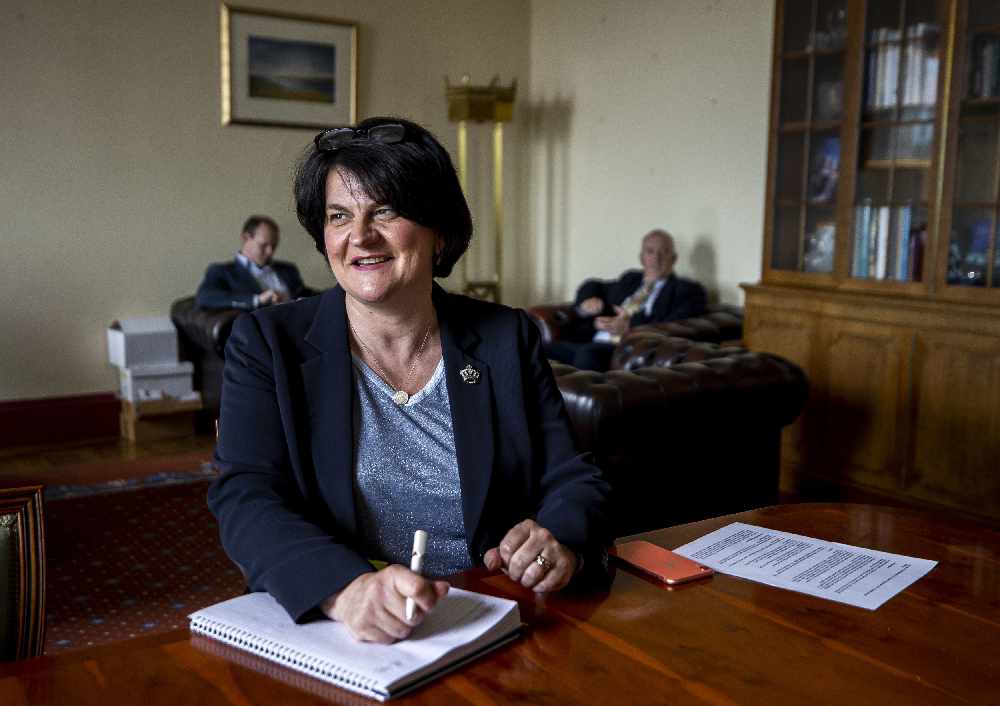 During a press conference in Fermanagh the DUP leader said: "Unfortunately the credibility of that messaging has been badly damaged over this past week.

"We still have a plan, these regulations and guidance are still in place, it is important that people continue to abide by that guidance and the regulations."

It comes after Sinn Fein leaders apologised to families of those who died during the coronavirus lockdown for any hurt caused by the controversy over their attendance at an IRA veteran's funeral.

Ms O'Neill is facing calls from the other four parties in the five-party Executive at Stormont to stand down as Deputy First Minister pending police and Assembly standards investigations into the scenes at Bobby Storey's funeral, when hundreds gathered in west Belfast to say farewell to the senior republican.

She and party colleagues have been accused of flouting the Covid-19 regulations and guidance they helped to set.

The claims have been denied, with Ms O'Neill insisting she acted within the rules in respect of all the things that were within her control, such as the size of the cortege and the numbers attending inside St Agnes' Church.

The leaders of the five main Executive parties at Stormont met on Friday morning in an effort to resolve the row.

Ms O'Neill later issued a statement apologising for the hurt caused to any grieving families. But she restated her view that she had done nothing wrong.

The Deputy First Minister said she had listened very carefully to the voices of those who had lost loved ones.

"No family's grief is more important than another's," she said.

"I am particularly concerned that grieving families who have lost a loved one during the pandemic had their heartache compounded by the necessary restrictions which were in place at that time.

"Not being able to have their family and friends' support to help them through was hugely difficult.

"I am also concerned that those grieving families are experiencing more hurt over recent days. I am sorry for that."

Earlier, party president Mrs McDonald she wanted to apologise to anyone who was hurt by the gathering.

"I am acutely conscious of everyone who has lost a loved one and buried them in the most difficult and heart-breaking and lonely of circumstances at the heart of the pandemic," she told Newstalk.

"The very fact that people could not have church services, if that is what they wished, or even enter cemeteries or crematoriums, was incredibly, incredibly hard.

"Can I also say that I do understand that looking at the images of very busy pathways in west Belfast and taking all of that in obviously has jolted and has caused some hurt among some of those families, and for that I am very sorry." 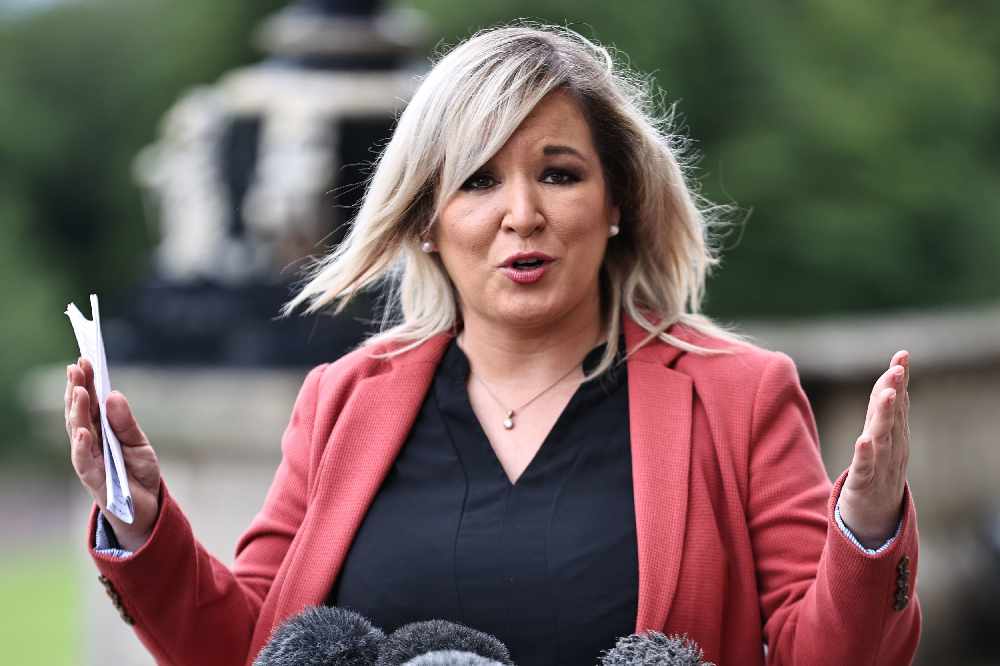 "If the regulations had prevented me from attending his funeral, I would have obeyed those regulations," she said.

"At the funeral and Mass I kept to the regulations, as I have advised others to do.

"The PSNI will look into all of this.

"It is unfortunate that this matter has divided the Executive.

"We have important work to do and I firmly believe that all the parties of the Executive are committed to this and to powersharing.

"We have made good progress in this despite all the difficulties. My commitment is to continue this work.

"Covid-19 is still with us and I will continue to lead us through this and in to recovery."

The DUP Economy Minister, Diane Dodds said whilst she welcomed Mary Lou McDonald's comments, she said that Sinn Fein should have responded quicker to any criticism.

🎥 DUP Minister @DianeDoddsMLA has been addressing the issue of the criticism against Michelle O’Neill for her attendance at Bobby Storey’s funeral.

It comes as party leaders meet at Stormont.

“It’s difficult for Sinn Fein. I think they could have responded much much quicker” pic.twitter.com/tC7C14WqtJ

Diane Dodds' DUP colleague, Carla Lockhart MP said she did not believe that either Mary Lou McDonald or Michelle O'Neill had issued a 'heartfelt' apology.

She reiterated her call for Michelle O'Neill to step aside as Deputy First Minister whilst investigations are ongoing.

“I think it’s unfortunate that the Executive has been distracted by these issues and Michelle O’Neill and colleagues attending Bobby Storey’s funeral.” pic.twitter.com/rJJ8ET8WuC