It Doesn't Have To Be This Way

U.S Vice President to visit UK and Ireland in September 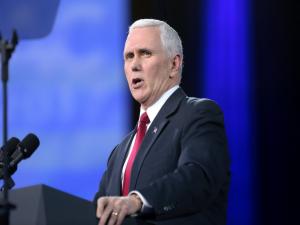 The U.S Vice president will visit the UK and Ireland next month on behalf of Donald Trump.

Mike Pence will spend two days in the United Kingdom before arriving in Ireland on September 6th.

In a statement from the White House it says he'll work to strengthen relationships here after Brexit.

On September 3, the Vice President will travel to Iceland, where he will highlight Iceland’s strategic importance in the Arctic, NATO’s efforts to counter Russian aggression in the region, and opportunities to expand mutual trade and investment.

The statement says after that engagement Mike Pence will visit the UK "where he will focus on strengthening and expanding our bilateral economic relationship following the UK’s departure from the European Union, countering Iranian aggression in the Middle East and beyond, and addressing the threat of Chinese malign influence, including in the development of 5G telecommunications networks."

It adds that Mr.Pence will meet with Taoiseach Leo Varadkar to reaffirm the US commitment to the Good Friday Agreement.

"The Vice President will voice the United States’ commitment to maintaining peace, prosperity, and stability in Ireland by upholding the Good Friday Agreement, expanding bilateral trade and investment, and strengthening the economic relationship between our two countries."