Westlife "ecstatic" and "emotional" as comeback tour kicks off in Belfast 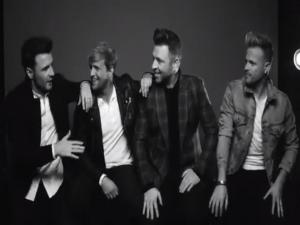 Westlife said they were "ecstatic" and "emotional" as they kicked off their comeback tour with their first concert together in seven years.

Speaking immediately after the performance at Belfast's SSE Arena on Wednesday, they said: "We genuinely missed each other and missed the buzz of performing on stage together. It is incredible to be back.

"The Belfast crowd were unbelievable.

"We're ecstatic and we loved every minute of it. It was emotional at times too.

"It was amazing to see everyone singing along to our new music and other hits."

The band will be on the road with their Twenty Tour throughout June, July and August.

Westlife said: "We're going to give the fans the best tour we have ever done.

"We are giving everyone the best version of ourselves.

"This is the best job in the world."