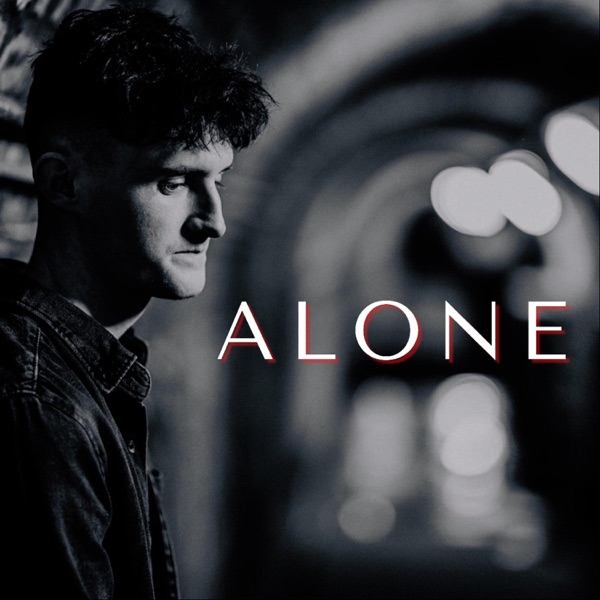 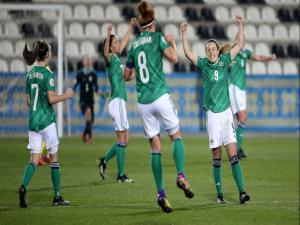 Simone Magill with the winner.

Northern Ireland produced an outstanding display to beat Ukraine in the first instalment of their two-leg UEFA Women’s Euro 2022 play-off on Friday evening.

Goals from Rachel Furness and Simone Magill were enough to secure a famous victory at the Kolos Stadium in Kovalivka.

The Green and White Army girls are now just 90 minutes away from the Euros in England next year - the home leg is being staged at Seaview on Tuesday.

Participating in their first ever play-off for a major tournament, Northern Ireland started brightly. Kirsty McGuinness fired a decent cross into the area which just evaded Nadene Caldwell at the back post.

Furness pounced after just five minutes to make it 1-0 to Northern Ireland. Ukraine holding midfielder Tamila Khimich played a poor pass forward and the attacking midfielder nipped in to steer the ball past Ukraine keeper Iryna Sanina. The ball hit the keeper’s foot on the way into the net but Furness rightly claimed the goal.

Ukraine then pushed forward in search of an equaliser. Rebecca Holloway made a couple of timely interceptions in quick succession, while down the other end her looping shot was easily collected by Sanina.

Ukraine equalised on 22 minutes when their captain and star player Darya Apanashchenko flicked a header past Northern Ireland keeper Jackie Burns into the bottom corner. The midfielder got on the end of a pinpoint cross from Iya Andrushchak to grab her 61st goal for her country.

On the half-hour mark Furness, who was clearly hobbling, was replaced by Chloe McCarron in the middle of the park and she quickly settled into the game, spreading the play when possible.

Burns comfortably grabbed a shot from Khimich moments before the half-time whistle was blown by German referee Riem Hussein.

Half-time in the Euro play-off first leg in Ukraine and honours even - 1-1.@liverpoolfcw star @Furney1988 gave @NorthernIreland an early lead but later went off injured.

45 mins to go, then a game back in Belfast on Tuesday but so far so good for the #GAWA pic.twitter.com/V3ykTzgmru

Just after the break Northern Ireland captain Marissa Callaghan broke down the left and fired the ball across the face of goal. Magill just failed to connect with it.

Magill fired an effort wide before Burns comfortably saved from Khimich before a Callaghan header was cleared off the line.

On 57 minutes Northern Ireland took the lead again when Magill got on the end of a McFadden flick-on, forced her way past her marker and neatly clipped the ball high into the net past Sanina from 10 yards. It was a lovely finish.

Ten minutes later Burns pushed away a free-kick from Apanashchenko before a last ditch tackle from Hutton snuffed out a Ukraine attack.

Ukraine substitute Nadia Kunina just failed to connect with a clever through ball before McKenna was chopped down by Khimich as she threatened to break free down the right. It was a cynical foul, however the ref only gave a yellow card to the Ukrainian midfielder.

With minutes remaining Khimich fired in a rasping long range effort which Burns got her fingertips to – and the resulting corner was eventually cleared.

It was backs to the wall in the four minutes of injury time, however the girls in green and white held their nerve and held on for a deserved victory.

Shiels, who urged his players not to celebrate at the final whistle, will now be plotting to finish the job when the second leg is played at Seaview on Tuesday night.

A big week ahead, kicking-off on Tuesday:#DanskeBankPrem
Pic: #GFC pic.twitter.com/pWlLZNaERJ

And, after hammering Harlequins, there was another great win in England for Ulster Rugby: