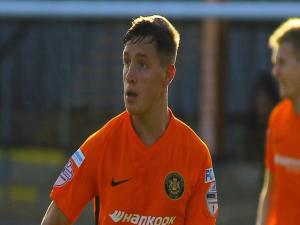 There are five matches in the Danske Bank Premiership this afternoon.

The fixtures include Glentoran against Crusaders at the Oval and another top six clash - Larne at home to Coleraine. Leaders Linfield are off to Warrenpoint.

The game between Cliftonville and Carrick Rangers has been postponed as a mark of respect for their former player Jerry Thompson, on the day of his funeral.

Another of his old clubs Portadown have arranged a 5pm kick-off away to Ballinamallard in the Championship - allowing players and officials to attend the mass.

Dungannon Swifts have a new signing.

The 26-year-old former Dungannon United Youth player can play when the transfer window opens next month.