You are viewing content from Q Mid Ulster 106. Would you like to make this your preferred location?
Robbie Williams wants to release a full LP of songs from 'The Boy In The Dress'. The 'Let Me Entertain You' hitmaker wants to capitalise on the success of 'The Greatest Showman' by releasing a full album of the songs he has penned with long time songwriting partner Guy Chambers for the stage adaptation of David Walliams' children's novel, 'The Boy In The Dress'. A source stated: "Robbie and Guy are really pleased with the tracks that they have come up with and as well as telling the story on stage they think they are great songs in their own right. 'The Boy In The Dress' music is definitely getting released as a full LP and the huge popularity of 'The Greatest Showman' has not been missed by either of them. They both think the songs stand up on their own." 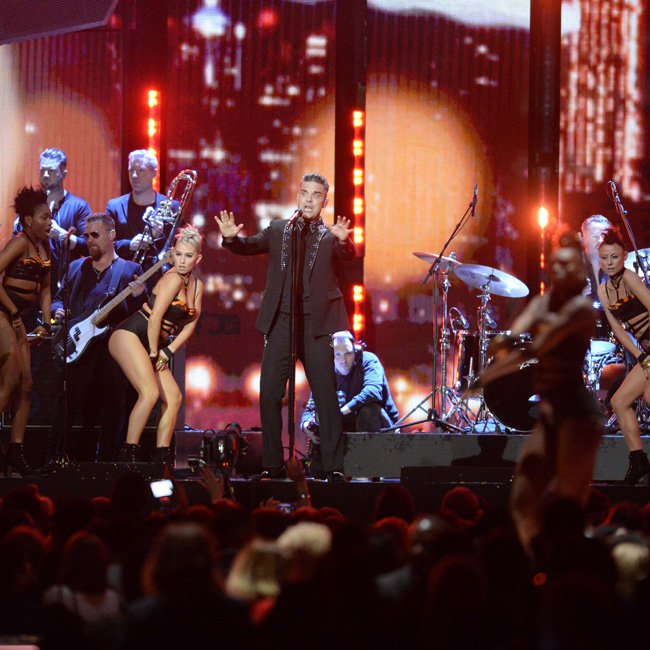 Robbie Williams is reportedly keen to release a full LP of songs from 'The Boy In The Dress', following on the success of 'The Greatest Showman'. Meanwhile, Robbie is reportedly keen to duet with 'The Greatest Showman' star Hugh Jackman on his next album for a third instalment of his swing LP series. A source said: "Robbie has the wheels in motions to plot out another swing album. The tie in with Las Vegas is obvious, especially given his favourite crooners such as Frank Sinatra and Dean Martin enjoyed mammoth success there. If he gets this right, it really could be the ­beginning of him cracking the US market after so long. The idea of Hugh and Robbie on stage together would be dynamite. "A duet with Sacha Baron Cohen on a funny number would be amazing and a tune with a Vegas great like Tony Bennett could be enormous. It is exciting times as he ­formulates ideas and track listings for the album."