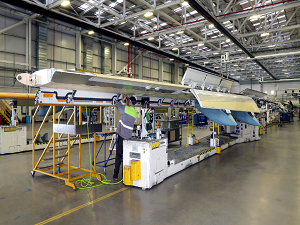 A Belfast team have won a prestigious engineering innovation award for developing a component to minimise an aircraft's environmental impact.

The winners, Bombardier, created a resin-infused advanced composite wing that minimises an aircraft's environmental impact by reducing weight and fuel burn in flight, and waste during manufacture.

(Staff at Bombardier's plant in Belfast)

The MacRobert Award - in its 50th anniversary year - honours the winning organisation with a gold medal, and the team members with a cash prize of £50,000.

The RTI process sees a complex structure created by placing dry fabric into moulds before impregnating it with liquid resin, which then sets into shape under heat and pressure.

Unlike other processes, it does not involve pre-impregnated carbon fibre requiring intensive refrigeration before manufacture.

Compared to a conventional metal wing, Bombardier's carbon composite wing is around 10% lighter helping to reduce fuel burn in flight, with an accompanying reduction of CO2 and NOx emissions.

The £520 million investment in Bombardier's aircraft wing programme is the largest ever single inward investment in Northern Ireland and around 200 suppliers across the UK are directly involved with the programme . 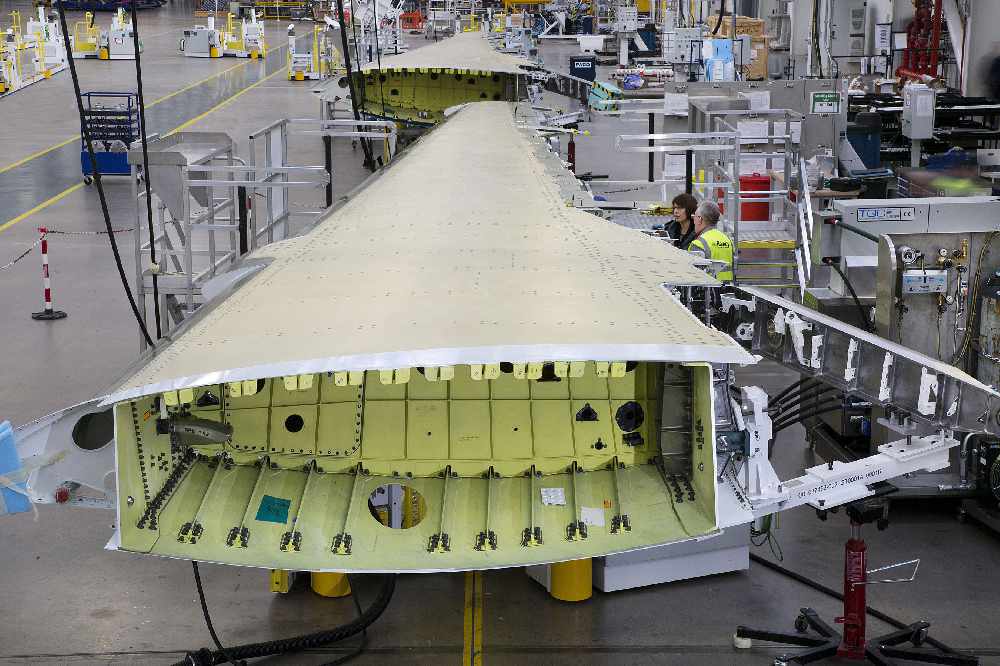 "At a time of uncertainty for Belfast's engineering community, we hope this award helps them achieve the world-wide recognition they deserve."

Michael Ryan, chief operating officer of aerostructures at Bombardier Aviation, said: "It's a fantastic recognition of our highly-skilled workforce, who have created a unique, cutting-edge technology to produce composite wings in Belfast which fly on commercial aircraft around the world.

"I'm extremely proud of our employees' engineering innovation, the significant support of our supply chain, and of Northern Ireland as a global leader in aerospace technology."

The winner was chosen from a shortlist of four finalists that included Darktrace, M Squared and OrganOx.