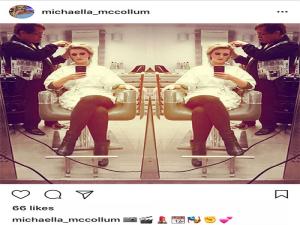 Michaella McCollum has reportedly been photographed in a Job Centre queue.

Dungannon drug mule Michaella McCollum has been reportedly photographed in a queue at the Job Centre.

That’s according to yesterday’s Daily Star.

She was jailed after attempting to smuggle cocaine out of Peru four years ago.

There had been rumours of an appearance on Celebrity Big Brother, but nothing has yet been confirmed.