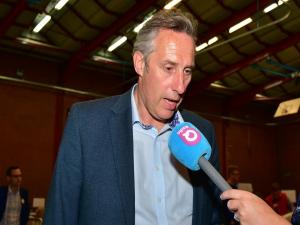 The British and Irish Governments have called on parties in Northern Ireland not to be distracted by calls for a General Election.

MP's are expected to back the Prime Ministers plan for a vote - when they meet in the commons later.

If the Prime Minister gets the support she needs for a vote on the 8th of June, Parliament would be dissolved early next month.

So Ms May has called a British General Election. Sinn Féin is up 4 that! Another chance 2 vote against Brexit & 4 progress.

It's widely expected the latest twist will only add to the already complex issues which need resolved.

June 8 has the makings of a genuinely fascinating, era-changing election.

The Democratic Unionist MP Ian Paisley is treating the election as a referendum on the Union.

He spoke to Sky's Jon Craig in central lobby yesterday.