Ian Paisley claims IRA man's killers should be 'given medals' 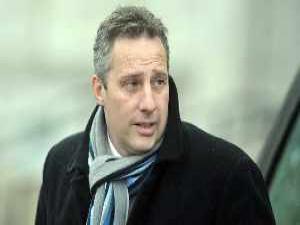 Police officers involved in the killing of the IRA's Colum Marks should be given medals rather than investigated, ministers have been told.

Democratic Unionist MP Ian Paisley said the Royal Ulster Constabulary (RUC) officer who "dispatched" Marks in Downpatrick, County Down, 26 years ago will be "traumatised" by another investigation based on "dodgy and fragile, fake" evidence.

He added the British state should be honouring the RUC officer and his team for "taking out one of Ulster's worst terrorist criminals" rather than "dragging them through the process of constantly going over what they did".

Lawyers for the Marks' family confirmed in June 2016 that the police ombudsman was launching a fresh investigation into the killing after a new eyewitness account emerged.

Police claims that Marks was armed and refused to stop when an attempt was made to arrest him are disputed, with the family's lawyers labelling it a "shoot-to-kill" operation by the RUC.

Mr Shannon earlier broke down in tears as he called for justice for four young British soldiers who were killed in an IRA roadside bomb.

They died when the IRA detonated a 1,000lb bomb under their car on April 9 1990 in Downpatrick.

He railed against the "odious, filthy, scum" involved in the murders, saying this included Marks - who he branded "vile and despicable" for his role in the bombing.

Speaking in the Commons, Mr Paisley (North Antrim) asked Mr Shannon: "Do you agree with me that the evening that Marks was dispatched, as you so colourfully put it, the team that was involved in that should be given medals for the service they did to our country in taking out one of Ulster's worst terrorist criminals?"

Mr Shannon replied: "I couldn't have put it better myself. That's exactly how I feel about it.

"The day that evil, obnoxious, psychopathic, multiple killer was put in the grave was a day that Ulster was a better place, and I say that without any compulsion whatsoever or any sympathy for that person in relation to what happened.

"It would have been better the day he was never born than the day that he came into this world and caused murder, mayhem and injury right across the whole of the province."

Mr Paisley later told Northern Ireland minister Kris Hopkins: "In this particular case, the officer who dispatched Marks has now been through three individual inquests. I know the chap personally, he's a friend of mine growing up.

"And that will be dispatched very, very quickly but that's not the point - he will be dragged through that whole process again.

"His wife and his family will be traumatised by it and that's why I said he and his team should have been given a medal that night.

"That should be the honour our state should be giving to these people, not dragging them through the process of constantly going over what they did."

Mr Hopkins said he understood the passion shown by Mr Paisley, adding: "I just think it's important there is balance and it is proportionate in our response and the state's response to this."