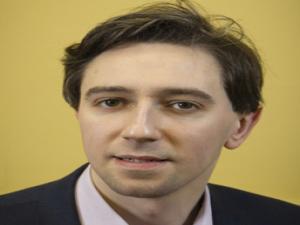 The Health Minister has said the country is beginning to see the benefits of some of the coronavirus measures that the public has undertaken.

Simon Harris said that if an individual was diagnosed with Covid-19 two weeks ago, they had, on average, been in contact with 20 people, but that number has now dropped to an average of three.

"We know, as a result of people staying at home, keeping their distance, we're making it harder for this virus to spread from one person to the other," he said.

The minister told RTE Morning Ireland that it will take another 10 days to fully ramp up lab services across Ireland.

He admitted that the Government is seeing supply constraints similar to other countries across the world.

"The situation we're facing here is not in any way unique to Ireland. I'm very satisfied that the health service is doing everything humanly possible to ramp up testing," he said.

"In addition to that, and importantly, the National Public Health Emergency Team (NPHET) yesterday adopted a recommendation from the chief medical officer (Tony Holohan) to further improve contact tracing.

"So if you have somebody now who is symptomatic, and in certain groups, the contact tracing will now happen in advance.

"Indeed, more than 30,200 people have already had their test results through the labs."

Mr Harris said Ireland is carrying out more tests per head of population than most other countries.

He added that he is particularly concerned people living in long-term residential settings, including nursing homes, and healthcare professionals.

Earlier this week, he met representatives from Nursing Homes Ireland after a total of 22 coronavirus outbreaks were reported in nursing homes.

The National Health Public Emergency Team (NPHET) has also recommended that the Health Information and Quality Authority (HIQA) carry out a risk assessment of nursing homes to identify those at risk.

Nursing homes will also be given more personal protection equipment (PPE) for staff, as well as providing isolation facilities.

"A lot of this is already under way, but, from today, the HSE and the Department of Health will be talking further to nursing homes," Mr Harris added.

On Tuesday, Ireland saw its highest total of deaths in a day since the start of the coronavirus crisis.

The deaths of 17 people - four women and 13 men - were confirmed by the Department of Health.

The latest figure takes the total number of Covid-19-related deaths in Ireland to 71.

Tuesday also saw 325 new confirmed cases of the virus, taking the total to 3,235.

Meanwhile, the general secretary of the Irish Nurses and Midwives Organisation has said people who spread false rumours on social media about Irish nurses dying from Covid-19 are "extraordinarily callous".

The HSE issued a statement on Tuesday which described the "distressing" rumours as "fake news".

Phil Ni Sheaghdha told RTE radio: "We had information over the weekend that there was posts going around on social media that four nurses had died. I find that extraordinarily callous - that is the word I would use. Nurses are on the front line and really putting themselves out there."