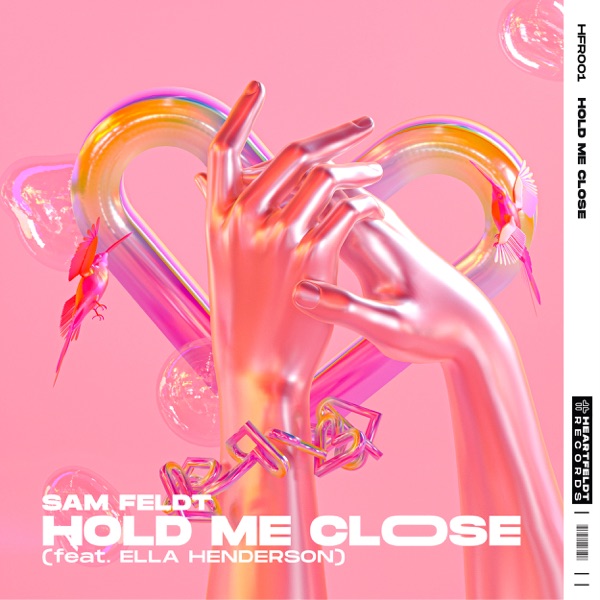 Irish PM arrives at Stormont in first visit as Taoiseach 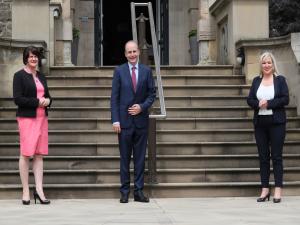 They discussed a range of issues including Brexit, the Covid-19 response and New Decade, New Approach.

They also agreed to hold a plenary meeting of the North South Ministerial Council on July 31. 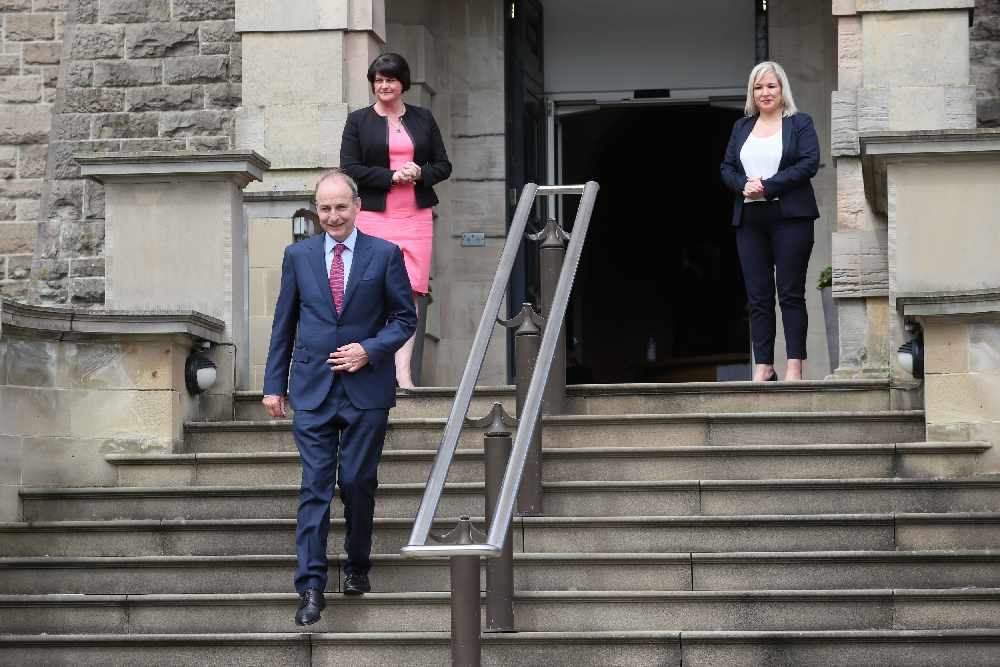 First Minister Arlene Foster said: “I was pleased to welcome Micheál to Northern Ireland today for his first visit here as Taoiseach.

“We had a productive discussion around areas of mutual interest. Recovery from the Coronavirus pandemic was a key focus of our conversation as we work simultaneously to protect people and rebuild our economies.

“As two jurisdictions sharing an island it makes perfect sense that Northern Ireland seeks to build a positive relationship with our neighbours in the Republic of Ireland. We have seen the benefits of collaboration through the North West Cancer Centre and the all-island Congenital Heart Disease Network, for example.

“I told the Taoiseach that I am keen to have positive dialogue during his tenure based on mutual respect for both jurisdictions and understanding of each other’s differences. I look forward to continuing that engagement in the future for the benefit of the people who live here.”

This is the Fianna Fail leader's first official trip to Northern Ireland since the coalition Government he heads was formed last month.

Mr Martin has had an eventful start to his premiership and sacked his former agriculture minister following drink-driving revelations.

The Stormont leaders also had a public falling out over Ms O'Neill's attendance at the funeral of veteran republican Bobby Storey in west Belfast. 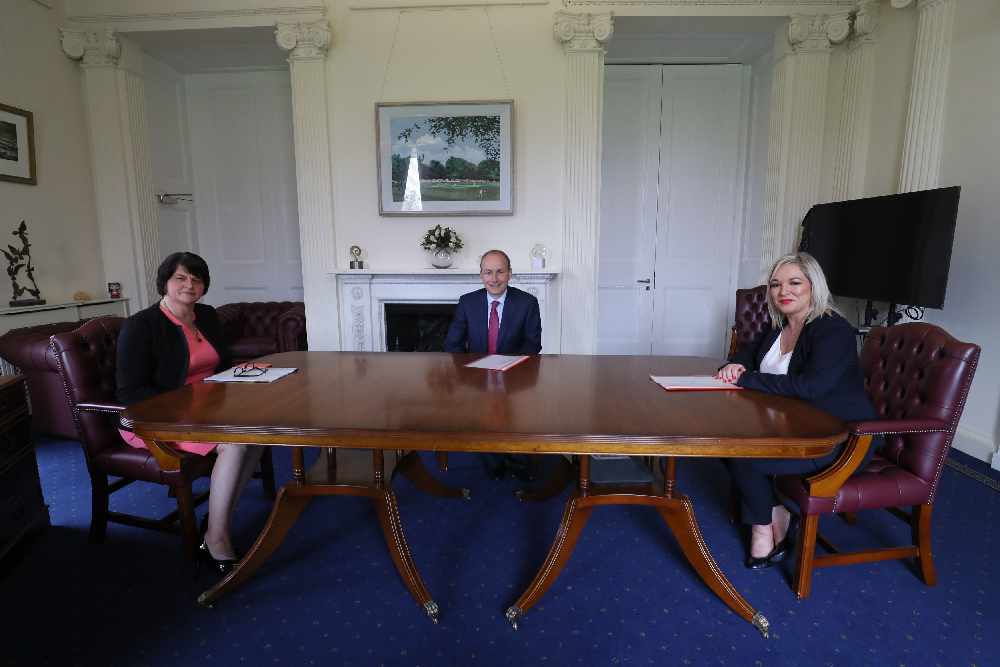 Deputy First Minister Michelle O’Neill said: “I welcome An Taoiseach’s visit north to meet with us today. We had much to talk about, both in terms of immediate matters and the need to make progress on a number of longstanding issues and commitments.

“We discussed economic recovery from the Covid-19 pandemic as well as the ongoing public health response and the need for a joined up approach across the island where possible.

“We spoke about the potential implications of Brexit and the pressing concerns this raises. I set out the need to work together to protect the needs and interests of people and businesses across this island.

“Key to addressing this critical issue and other strategic challenges is the immediate restoration of the institutions of the Good Friday Agreement, and I’m pleased that a meeting of the North South Ministerial Council has now been confirmed for July 31.

“It is now six months since the restoration of the Executive and I made clear to Micheál that we must see delivery of all the Irish Government’s commitments in New Decade, New Approach. I look forward to working on a north-south basis to ensure those crucial funding and practical commitments are fulfilled as soon as possible.”

The powersharing administration's leaders stood side by side as they greeted the Irish premier on the steps of the building on Thursday.

Mr Martin wore a mask which he removed upon exiting his vehicle.

Steve Aiken reflects on the visit

Later this afternoon he meets other Northern Ireland party leaders including the SDLP's Colum Eastwood at the nearby Stormont Hotel.

Micheál Martin was due to travel north last week to meet with ministers, however the visit was postponed until this week.

Last week, the First Minister Arlene Foster said the postponement was due to a "diary clash."

🎥 Giving a press conference after meeting @MichealMartinTD DFM @moneillsf said she was glad to welcome the Irish Prime Minister to Stormont. pic.twitter.com/zCQCVCaQOd

She added that she was looking forward to talking the new Taoiseach on matters of mutual concerns and how they can work together to protect their different jurisdictions.

It is expected that the issue of COVID-19 travel restrictions will be on the agenda at today's meeting, in particular, the different quarantine rules in place in the Republic of Ireland and Northern Ireland.