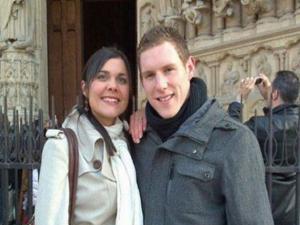 The widower of murdered Michaela McAreavey is due to meet with the Prime Minister of Mauritius this afternoon.

No one has ever been convicted of the murder of Mickey Harte’s daughter.

Six years on from their honeymoon and John McAreavey says he wants justice.

Michaela was found dead in in her hotel room in January 2011.

John’s currently in Mauritius. He’s planned to speak with the Director of Public Prosecutions and the Prime Minister today.

Tomorrow, he’ll hold a press conference when he will make known his intentions surrounding the case.

Speaking to the newspaper, L’Express, John says he had a short but progressive meeting with the police this morning.