LISTEN: Potential of 'crushing' at Helen's Bay station over the weekend 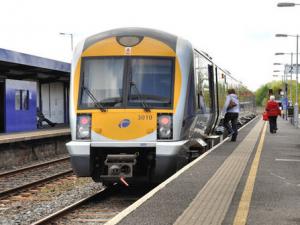 Over 1,400 passengers were transported away from Helen's Bay station over a few hours in recent days.

It follows recent good weather in which people flocked to the area, despite the risk from COVID-19.

Speaking today at the Infrastructure Committee, Chief Executive of Translink, Chris Conway said the large passenger numbers meant there was a risk of crushing and people falling onto tracks.

"A lot of these young people were vulnerable people. There was a lot of drink and drugs taken," Mr Conway explained.

"We just had to get people onto the trains and dispersed. It just shows the extent of the difficulty we had."

Chris Conway, CEO of @Translink_NI says there was high passenger numbers at Helen's Bay over the weekend.
He says lots of travelers were young people, some of whom were taking drink and drugs.
He adds the company transported around 1,400 people in a few hours from Helen's Bay. pic.twitter.com/I7gmBirq8G

Robin Swann says they're concerned about a spike in COVID-19 cases after people flocked to seaside resorts over the weekend.
Earlier today, the Chief Executive of @Translink_NI warned that of potential of "crushing" at Helen's Bay train station due to large passenger number. pic.twitter.com/dElffhFutx

Also speaking at the Stormont Committee, Mr Conway said that falling passenger number during the COVID-19 crisis in general was damaging the financial position of the firm.

"Our revenue is next to nothing," Mr Conway said.

He explained that the company were running around 80% of their normal train and Metro bus service in Belfast.

He said that Ulsterbus services were more limited, with only 60% of these running.

However, Mr Conway assured the committee that this level of service was enough to keep social distancing.