Man charged over ATM theft from Tesco in Antrim 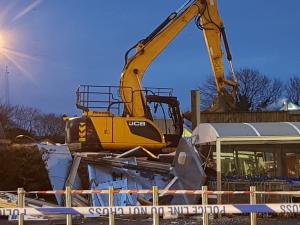 A 28 year-old man has been charged in connection with the theft of a double ATM machine from a Tesco in Antrim.

It happened in the Castle Way area early on Friday morning.

The suspect is charged with conspiracy to steal and possession of a Class B drug.

He's due before the town's Magistrates Court later this afternoon.

A 28 year old man has been charged following recent ATM thefts. He due at Antrim Magistrates Court this afternoon. pic.twitter.com/dTg6qjDdaW