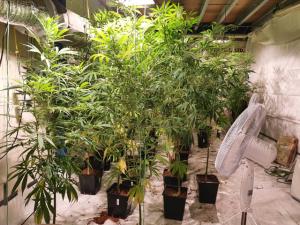 Some of the suspected cannabis seized by Officers from the Paramilitary Crime Task Force investigating the criminality linked to the East Belfast UVF, following two searches in north Belfast and Ballyclare.

A 45-year-old man is due to appear before Belfast Magistrates Court today in relation to the seizure of around £600,000 worth of suspected cannabis.

It was recovered during a search operation in Belfast and Ballyclare yesterday by police probing crime linked to the East Belfast UVF.

The suspect has been charged with six offences including cultivating the class B drug, possession and possession with intent to supply. 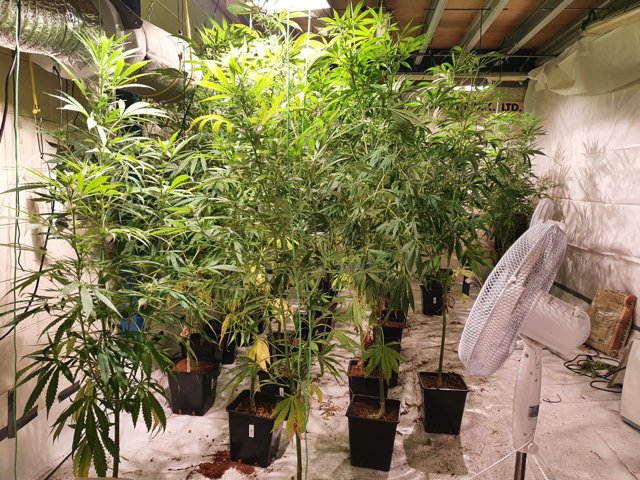 "He's expected to appear at Belfast Magistrates court this morning, Saturday 30 May.

"As is usual procedure the charges will be reviewed by the PPS.

"The charges follow the seizure of £600,000 of suspected Cannabis during a proactive search operation in Belfast and Ballyclare on Friday by the Paramilitary Crime Task Force (PCTF) investigating criminality linked to the East Belfast UVF."