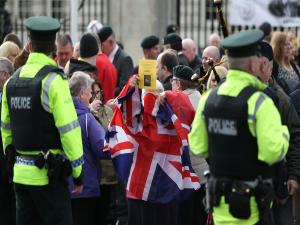 A military veterans' rally and counter-demonstration by hardline republicans have passed off peacefully in Belfast.

There was a sizeable security presence outside City Hall as the opposing events played out only yards apart amid a tense atmosphere.

At times, participants traded insults across a police line but the opposing demonstrations otherwise concluded without incident.

The pro-military rally was organised by Justice For Northern Ireland Veterans (JFNIV) to highlight what it alleges is a legal witch-hunt against former security members who served during the Troubles.

In Belfast, pro-dissident republican group Saoradh gathered for its own counter-rally.

The group, whose name means "liberation" in Irish, was formed in 2016 with the backing of dissident republican prisoners on both sides of the border. 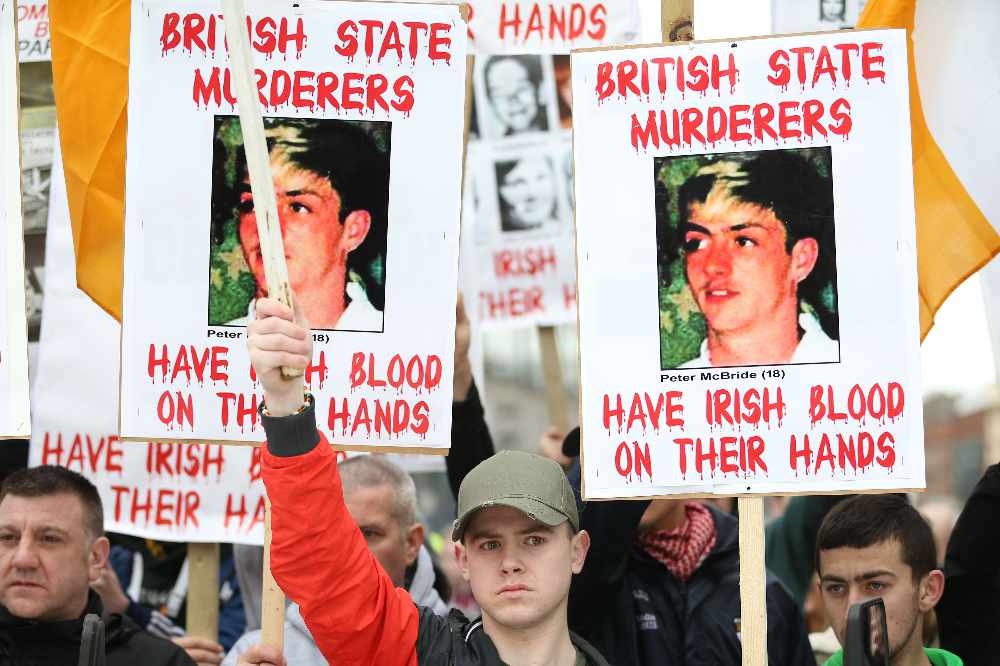 Around 200 participants stood on one side of the police line flying Irish tricolours and holding placards accusing soldiers of committing murder during the Troubles.

On the other side, outside City Hall, a crowd of around 500 gathered to hear speakers call for an end to what they alleged was unfair treatment of ex-security force members. A number of Union flags were waved in the air.

A uniformed piper played at the event and the crowd sang God Save the Queen.

The Parades Commission, the panel that adjudicates on contentious marches in Northern Ireland, ruled that Saoradh could not enter the area directly in front of City Hall.

The group instead held its protest on the other side of the police line around 30 yards from the veterans' event.

After a number of speeches, many of the republicans assembled directly in front of police land rovers and sang anti-British songs.

Earlier, a group of relatives whose loved ones were killed by British soldiers on the streets of Ballymurphy in west Belfast in 1971 held a separate silent protest.

John Teggart, whose father was shot dead in the incident, said it was a difficult day for him.

"We have veterans across the road from us today and among that crowd could be suspects involved in the murder of our loved ones," he claimed.

"They are looking for immunity, an amnesty from prosecution, and there are families here without any justice or legal address. My father was shot 14 times by the paratroopers. I'm gutted this (veterans' rally) has been allowed to go ahead."

During the event, police warned Saoradh that singing songs was a breach of the Parades Commission determination.

As the event broke up a commander told them that to parade back through the city would also represent a breach. Participants ignored the warning and marched through a section of the city centre before dispersing peacefully.

As the veterans' event was a static rally, and not a parade, it was not subject to any ruling by the commission.

The JFNIV event in London took place at Horse Guards Parade, while George Square was the focus of the Glasgow demonstration.