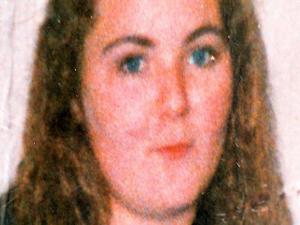 Nineteen police witnesses have been called to give evidence in a case brought against Northern Ireland's Chief Constable by the sister of murdered schoolgirl Arlene Arkinson.

Kathleen Arkinson has launched civil action against police in the region for the alleged way she was treated by officers investigating her sister's disappearance more than 20 years ago.

Police dug up the bereaved sister's garden and searched her home following a false tip-off that Arlene was buried there.

During a brief hearing at a civil court in Omagh it emerged that 23 witnesses are to give evidence in Ms Arkinson's case against the Police Service of Northern Ireland (PSNI).

Nineteen of those witnesses are police witnesses, the court was told.

Several of the PSNI's witnesses flew in from London for the civil hearing due to take place on Friday.

However, it had to be adjourned until September after the court was told the case would likely take three days.

Speaking after the brief hearing Ms Arkinson said: "I've been waiting since 1996 - when they dug up my garden and held me in my house - for my day in court. I can wait another few months.

"I was treated as a suspect in my sister's murder. They (police) ruined my property and taped off half the estate, even though they already had their suspect (Robert Howard)."

Fifteen-year-old Arlene, from Castlederg, Co Tyrone, vanished after a night out at a disco across the Irish border in Co Donegal in 1994.

She was last seen with child killer Robert Howard, who died in prison in 2015.

He was acquitted of the teenager's murder by a jury that was unaware of his previous conviction for murdering 14-year-old Hannah Williams, whose body was found in an industrial area close to the Thames Estuary.

Ms Arkinson said she will never give up hope of finding her sister's body.

She said: "It is never too late. I am begging anyone who knows something to please come forward with that information.

"I won't let anyone tell me I will never find her."