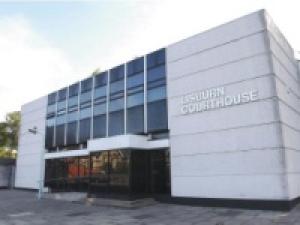 A man appeared in court today (tues) accused of trying to kill his brother.

Appearing at Lisburn Magistrates Court via videolink from police custody, 28-year-old Martin Quirk confirmed that he understood the seven charges against him.

Quirk, from Obins Avenue in Portadown, is charged with the attempted murder of his brother and inflicting grievous bodily harm on him with intent on 24 May this year.

The 28-year-old was also charged with having weapons, namely a kitchen knife and a hurley bat, threatening to kill and assaulting his brother, as well as causing criminal damage to the complainants jewellery, allegedly committed on the same date.

None of the facts surrounding the offences were opened in court but the investigating officer, Detective Constable Graham said she believed she could connect Quirk to each of the offences.

Defence solicitor Joe McVeigh asked for the case to he adjourned to Friday to allow time for Quirk to obtain a proposed ball address.

Remanding Quirk into custody, District Judge Mark McGarrity relisted the case on 29 May.