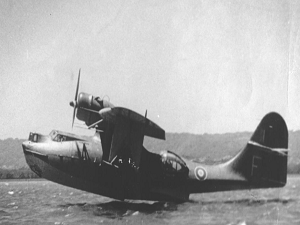 Remnants of a World War II seaplane have been found at the bottom of the Lough Erne.

Between 1941 and 1945 RAF Castle Archdale in Co. Fermanagh played an important role as a flying boat base providing air-cover for Atlantic convoys.

The site was initially surveyed by members of the Charts Special Interest Group (CSIG) in 2018. They reported an anomaly that they thought to be a WWII aircraft, probably a Catalina, lying in a depth of c. 45m in Lower Lough Erne. Following discussions with DAERA’s maritime archaeologist Rory McNeary, it was decided to undertake a sonar survey to conduct an assessment of the site clarify the nature of the anomaly and confirm the identification and survival of the remains. 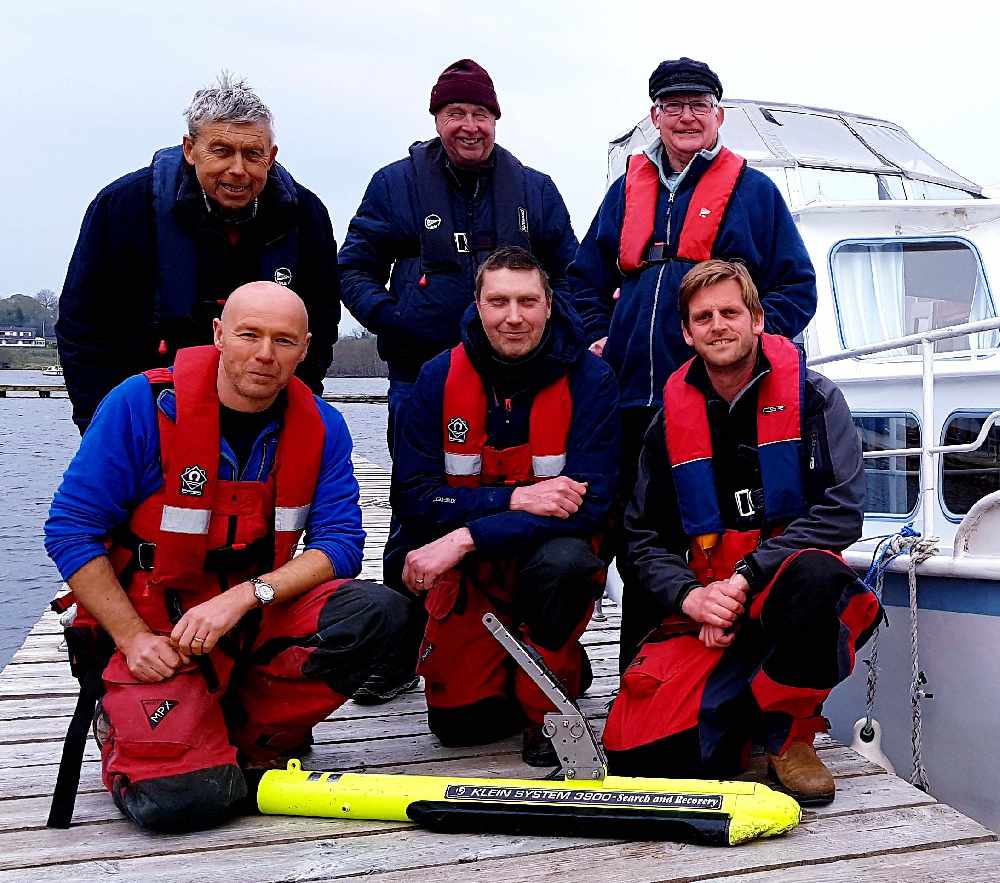 “We are grateful to Robert Navan and Mike Kingston of CSIG, IWAI for bringing the remains of this Catalina to light. Had the site not been reported a unique underwater heritage asset would have been overlooked.

“Studying the seaplane will be of immense interest to professional and amateur historians alike. Given that there is still the possibility of human remains and unexploded ordnance being found at the site we would ask people to fully recognise its protected status. I have no doubt that there are more exciting underwater archaeological discoveries to be made in Lough Erne.”

A survey of the area on 8 April 2019 by Marine and Fisheries Division staff using a side scan sonar confirmed the identification of the Catalina aircraft. Rather than a scuttled plane the survey team believe this site may be a crash site and a potential war grave. For this reason the plane is automatically protected under the Protection of Military Remains Act (PMRA) 1986. Under this act it is an offence to tamper with, damage, move, or unearth any remains without a licence.

Using their specialist survey expertise, members of The Department of Agriculture, Environment and Rural Affairs’ (DAERA) Marine and Fisheries Division recently collaborated with archaeologists from The Department for Communities’ (DfC) Historic Environment Division and members of IWAI’s Charts Special Interest Group (CSIG) to locate the plane.

Military aircraft crash sites may be recognised as archaeological sites and the Historic Monuments and Archaeological Objects (NI) Order 1995, includes ‘aircraft’ within its definition of monument 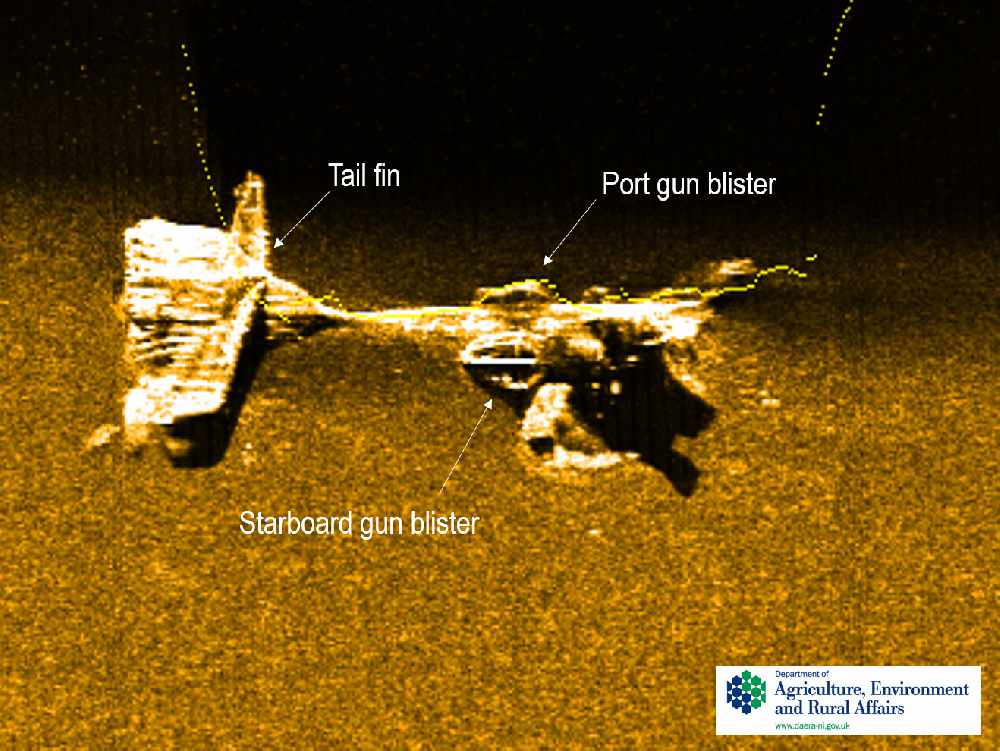 (High-resolution side-scan sonar image of a Consolidated PBY Catalina at a depth of c. 45m. Note the gun blisters where a waist gunner would have been stationed. Image courtesy of DAERA, Marine and Fisheries Division.)