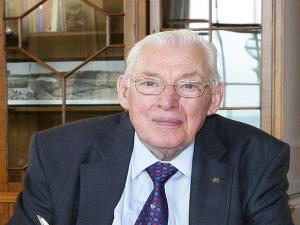 The security services tapped the phone of the late Ian Paisley while he was an MP, Lord Prescott has claimed.

The firebrand leader of the Democratic Unionist Party had his calls tapped despite a long-standing convention that MPs should not have their communications monitored, the former deputy prime minister said.

Lord Prescott said then prime minister Tony Blair told him in 2005 that security services had eavesdropped on an MP.

He said that after pressing Mr Blair for a name, the then premier told him it was the DUP leader, who later became Northern Ireland's first minister and a peer before his death in 2014.

Writing in his Sunday Mirror column, Lord Prescott said the surveillance watchdog had wanted to name Mr Paisley, but Parliament was not informed.

Lord Prescott said: "Downing Street had been told by the Interception of Communications Commissioner, who wanted to name Paisley.

"Tony asked me to discuss the Wilson Doctrine with the Speaker of the House of Commons. I never told him that an MP had been tapped or that it was Paisley.

"Parliament was not informed and Paisley went on to become First Minister of Northern Ireland.

"I can only think that as the peace process was still a concern, mentioning the fact a leading loyalist politician had been tapped by Britain's security services in the past would not have helped."

The newspaper said Lord Prescott has decided to break his silence over fears that electronic snooping to catch terrorists will lead to an erosion of privacy.

The convention that MPs' communications should not be intercepted by police or security services is known as the Wilson doctrine, after former prime minister Harold Wilson, who announced the policy in 1966.

In March 2006, Mr Blair assured Parliament that the Wilson doctrine would be maintained, despite advice to scrap the policy.

The Sunday Mirror said Lord Prescott does not know when Mr Paisley's phone was tapped or whether MI5, MI6, police or the Army were responsible.

He approached then Commons speaker Michael Martin to discuss how the Wilson doctrine was applied but did not mention it was prompted by what he had learned about Mr Paisley.

Lord Prescott was concerned that a constituent's private matters could be overheard if spies were listening to MPs' calls.

In his column, Lord Prescott said he was concerned about the state's powers of surveillance under Theresa May.

"The challenge as a minister is to balance national security against the freedoms we enjoy," he said.

"But this government seems determined to ensure Big Brother is not only watching you, he's monitoring your calls, emails and texts."