We Want The Same Thing 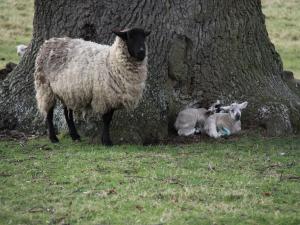 A number of lambs have been killed in the Kildress area.

A stray hunting dog is believed to be responsible for the attacks.

It’s understood that the Mid-Ulster Council dog warden is tackling the situation.

Ulster Unionist representative Mark Glasgow has been working with the farmers affected and the council to find a solution.

He’s appealing to people in Kildress, Ballinasollus and Tulnacross to be vigilant.

Here's what he had to say:

Below is my statement ref the recent sheep attacks in the area. I have been talking regularly to the dog warden, action is being taken. pic.twitter.com/ZHhVh7nKT5