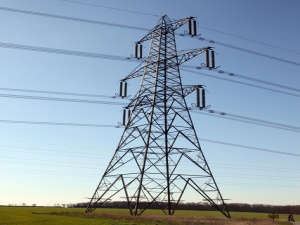 Thousands of people are without power across the island of Ireland with winds of up to 130 kilometres per hour forecast due to Storm Aiden.

An orange wind warning is in effect for Counties Donegal, Galway, Mayo, Sligo and Clare.

The Met Eireann warning came into effect at 8am on Saturday and will be in place until 4pm.

It said strong south-west to westerly winds associated with Storm Aiden will reach mean speeds of 65kph to 80kph, with severe and damaging gusts of 100kph to 130kph.

A yellow wind warning is in place for the rest of the country until 4pm.

Met Eireann said strong southerly winds veering westerly will reach mean speeds of 50kph to 65kph with severe and possibly damaging gusts to around 100kph across the country.

It said some coastal flooding is also possible due to a combination of low pressure, high tides and onshore winds.

In Northern Ireland, a yellow wind and rain weather warning is in place due to the storm.

Winds are expected to reach up to 65mph inland, with higher gusts of up to 70mph on exposed coasts and hills.

The Met Office warning came into effect at 6am. It is due to last until 9pm.

Delays to road, rail, air and ferry transport are likely. Bus and rail services are also likely to be impacted.

More than 4,400 homes and businesses are without power due to the storm, according to ESB Networks.

About 1,200 homes and businesses in Carndonagh, Co Donegal, were without power on Saturday morning.

Some 900 properties in Bray, Co Wicklow, and about 700 homes and businesses in Tramore, Co Waterford, were also without electricity.

ESB Networks tweeted: “We have a fault in #kill #tramore #bonmahon and surrounding areas of #cowaterford. We are working to repair as quickly as possible.”

The Garda is appealing to the public to take care and exercise caution as the storm makes its way across the country.

They have advised people to avoid all unnecessary travel in the counties where orange level wind warnings are in place.

They said these winds will make driving conditions hazardous, especially for more vulnerable road users such as cyclists, pedestrians, motorcyclists and high-sided vehicles.

They also appealed to road users to pay particular attention to the risk posed by fallen trees, flying debris and flooded roads.

The public are also being advised to stay away from coastal areas and cliff walks as high seas and waves will make conditions hazardous.

People have been asked to remove or secure patio furniture, rubbish bins and any loose items from around buildings.