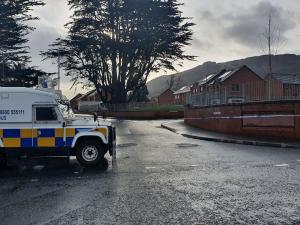 The explosion of a viable device left in a residential area of County Antrim could have been "devastating", police have said.

A security alert was sparked on Saturday afternoon following a report of a suspicious object in Felden Place, Newtownabbey.

The area was sealed off as police and army bomb experts launched an investigation.

Residents were evacuated from the street, which is close to the Abbey Centre on the outskirts of Belfast.

Newtownabbey bomb alert update just in from police - “Viable device made safe...the consequences of this attack could have been devastating.” PSNI statement: pic.twitter.com/nFCVsdxTwx

A PSNI spokesman said a viable device had been found.

"Police and ATO attended the scene, following the report of a suspicious object in the area," he said.

"The object, which has been declared a viable device, was made safe and taken away for examination.

"Residents have now been allowed to return to their homes."

He added: "We're grateful to local people for their patience. Families had to leave their homes, having their afternoon disrupted, while we worked to make the area safe.

"Most importantly, it's fortunate that no-one was physically injured. The consequences of the attack could have been devastating.