A Design For Life 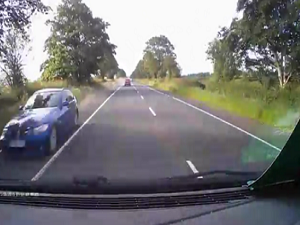 It happened on the Ballybogey Road on Thursday the 27th June

Police have released a video of a car being driven on the wrong side of the road in Ballymoney in the hope of identifying the driver.

The footage captures the blue vehicle - which police think may be a BMW - being driven on the hard shoulder of the Ballybogey Road.

It happened on Thursday the 27th of June at around 8 in the morning.

Police say there could have been 'catastrophic consequences' had the incident resulted in a collision.

Footage of the driver can be viewed here: ow.ly/rZap50uSpRk 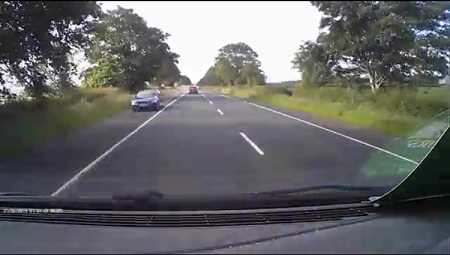 (It happened on the Ballybogey Road on Thursday the 27th June)

"Police were made aware of footage that captured a blue vehicle - possibly a BMW - being driven on the hard shoulder, on the wrong side of the Ballybogey Road towards oncoming traffic on Thursday, 27th June at around 8am.

“Had this car struck a vehicle, it could have had catastrophic consequences and I would urge the driver of this vehicle to come forward to us.

“I am also appealing to anyone who was travelling on the Ballybogey Road around this time on Thursday and saw this vehicle, or who may have captured this incident on their dash cam to contact us.

"If you can help us identify the driver please call police in Coleraine on the non emergency number 101, quoting reference number 2423 of 28/6/19."