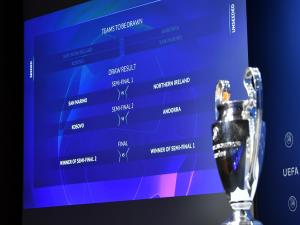 The draw's been made for the Champions League qualifying round mini-tournament next month.

Northern Ireland representatives Linfield will face the champions of San Marino Tre Fiori in the semi-finals on August 8th.

The other semi is between the champions of Kosovo and Andorra.

The final is on August 11th.

All the games are behind closed doors and are expected to be played in Switzerland.

Like Linfield, Tre Fiori were declared league champions after their respective seasons were cut short due to coronavirus.

Other s/f Champs of Kosovo and Andorra. 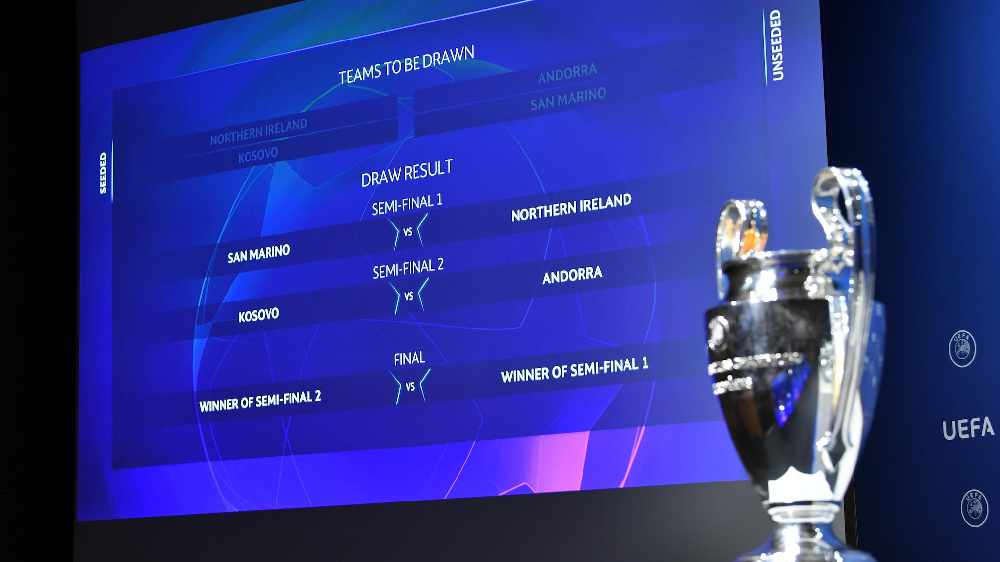 The Blues have faced San Marino opposition before - and made it through. This is from the LFC website: 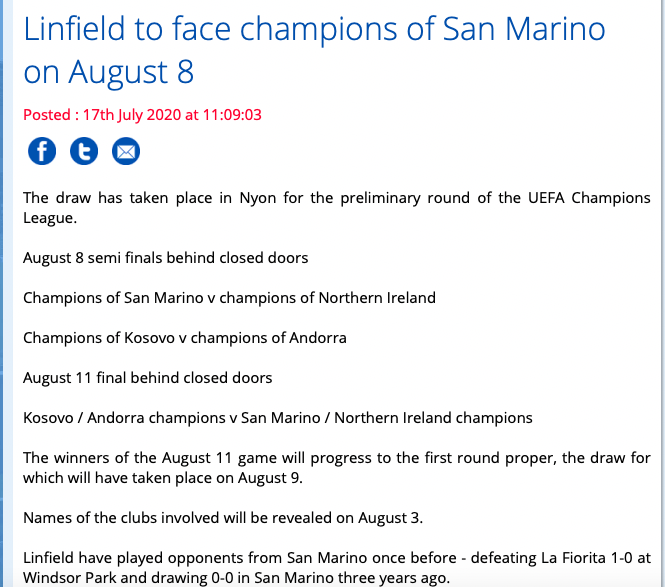