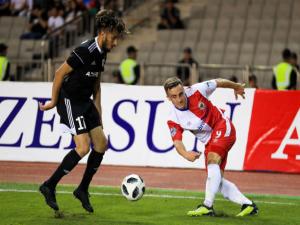 The IFA has rejected appeals by Ballymena United and Cliftonville against suspensions for the Irish Cup semi-finals next week.

It means Reds defenders Garry Breen and Jamie Harney are ruled out of their last four tie against Glentoran, while Ballymena's Steven McCullough and manager David Jeffrey are banned from the Coleraine game.

Both matches are being played on Monday July 27 behind closed doors at Windsor Park.

The clubs claimed the suspensions would have been served but for Covid-19, but the IFA ruled "it would be unjust to allow infringements to take place without punishment."

Linfield star Joel Cooper could be on the move.

The 24-year-old winger is reported to be on the verge of a transfer to Oxford United.

If the deal goes through, Cooper would link up with his former Glenavon teammate Mark Skyes at the League One club.

Some business has already been done this week:

Stephen Frail is leaving the Irish FA to become assistant boss at Dundee United. He's been manager of Northern Ireland U17 & U19 teams.