Sisters Are Doing For Themselves

5 drugs related arrests made in Bangor after £20,000 worth of class A drugs found 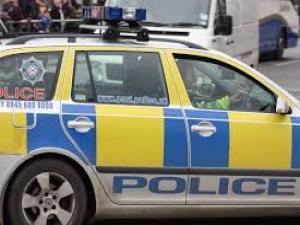 A number of drugs related arrests have been made in Bangor after around £20,000 worth of class A drugs were found in different parts of the town.

Two men aged 30 years old and another man aged 43 years old were arrested after £10,000 of Class A drugs were found in the town centre yesterday.

Sergeant Rea said: “Sometime between 11:10pm and 11:30pm, it was reported that three men were acting suspiciously in the Bangor town area.

"Upon arrival of police in the area, the men were arrested with a sum of money and a quantity of suspected Class A Controlled drugs were seized during the incident.

“Follow-up searches were conducted at three properties in the Bangor area following the incident. In total, suspected Class A Controlled drugs with an estimated street value of £10,000, around £1,500 in cash and other items were seized by police.

“The three men were arrested in relation to the investigation and are currently assisting police with their enquiries.

“This seizure again demonstrates our commitment to tackling the scourge of drugs in our communities and to eradicating the pain and harm they cause.

We continue to target criminals who seek to gain from the illegal drugs trade and from the misfortune of others. Any information we receive is acted upon and I would encourage anyone with information to report it to police to assist us in our efforts. Police can be contacted on 101 or alternatively information can be given anonymously through the independent charity Crimestoppers on 0800 555 111. You can also submit a report online using our non-emergency reporting form via http://www.psni.police.uk/makeareport/ .”