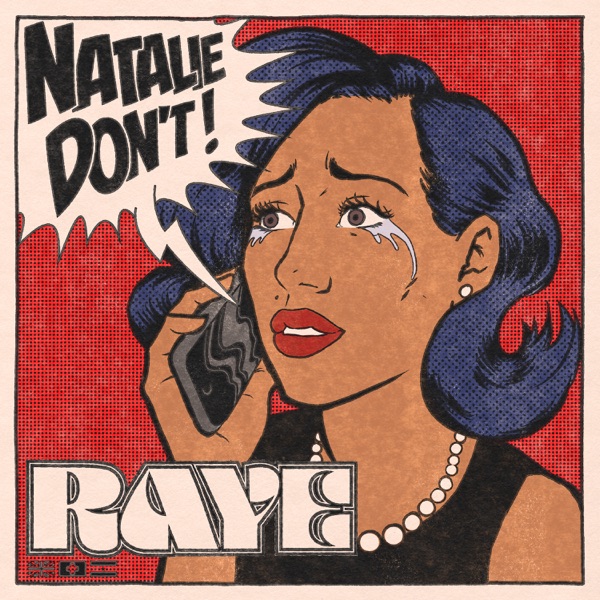 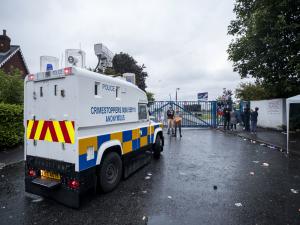 Those behind a loyalist bonfire at an east Belfast leisure centre have been formally asked to leave the site.

Two Police Service of Northern Ireland (PSNI) vehicles arrived at Avoniel Leisure Centre at around 5am on Thursday.

A woman read a statement from inside one of the vehicles which was heard on a loudspeaker, requesting that those on Belfast City Council property vacate the area.

Police then left the immediate scene but were maintaining a presence in the wider area.

"Belfast City Council has stated that anyone present within Avoniel Leisure Centre and its grounds will be regarded as trespassers, until the complex is reopened next week," she said.

"Council is anxious to secure the property and clear the site in order to prepare for return to normal use and provision of service to its ratepayers."

Organisers said they hoped to light the bonfire as planned later.

The move came after a Belfast City Council committee voted earlier this week to send contractors in to remove material from a loyalist bonfire built in the car park of the leisure centre.

The council's Strategic Policy and Resources Committee met on Wednesday and agreed to stand by its decision.

The committee heard a warning from police that guns could be used during severe violence orchestrated by loyalist paramilitaries if the bonfire material is removed. 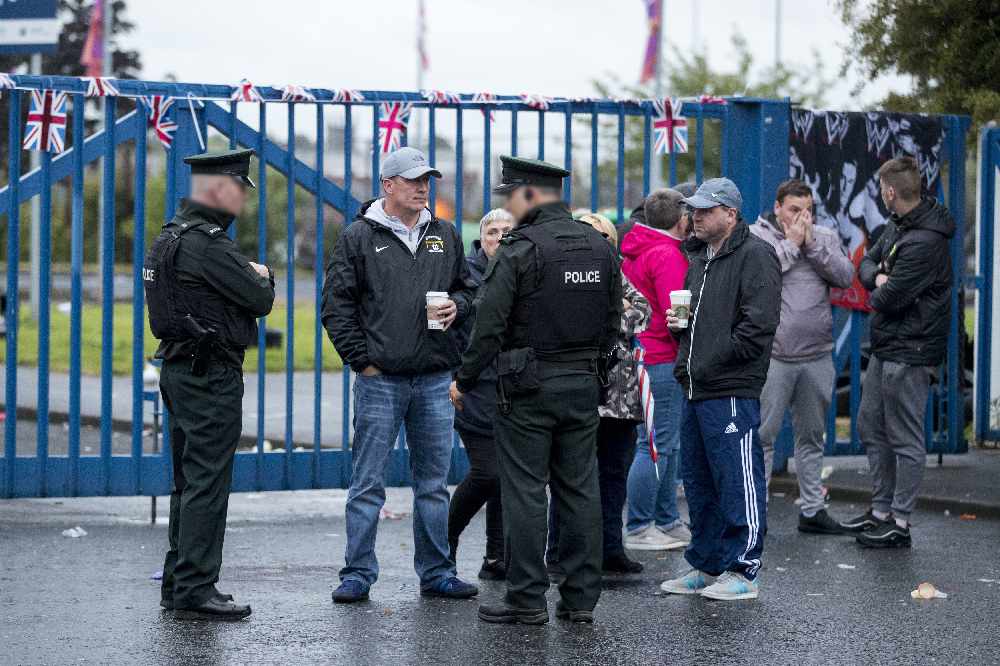 (PSNI officers with Robert Girvin (second left) of the East Belfast Cultural Collective, after a statement was read out by a Belfast City Council worker from inside a PSNI vehicle requesting that people on council property vacate the area.)

The Ulster Volunteer Force (UVF) opposes Belfast City Council's proposed clearance operation after builders of the pyre trespassed on the local authority's land near the leisure centre in the east of the city.

He said officers were committed to help the council fulfil its decision to clear the site at Avoniel Leisure Centre car park before the traditional Eleventh Night bonfires are lit.

"At this time I can't fault the PSNI, the PSNI came down and talked to us on the site, they have been amicable, informed us honestly and openly what is going on.

"I am hoping now that sense can prevail, the bonfire is allowed to go ahead, everyone enjoys their culture." 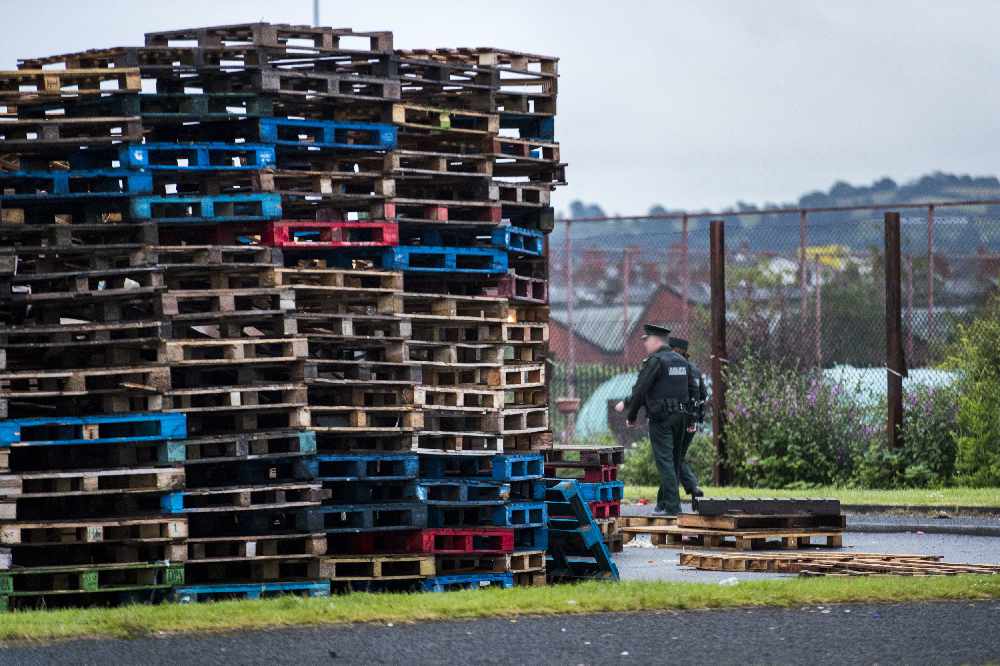 (Two PSNI officers walking towards the 11th night bonfire at Avoniel Leisure Centre, after a statement was read out by a Belfast City Council worker from inside a PSNI vehicle requesting that people on council property vacate the area.)