Brother and sister jailed over fraud linked to their mother's will 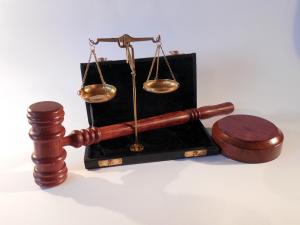 A brother and sister who exploited their mother’s death to fake her will and give themselves her business, the first case of its kind in NI,have been handed jail sentences totalling 18 and a half months.

Jailing 43-year-old Elaine Lauro for 11 months and ordering her brother David Lauro (50) to spend seven and a half months behind bars, Craigavon Crown Court Judge Patrick Lynch QC told the pair that by forging a will following the death of their mother Anne Lauro, they had “fractured” a once close family in an offence which “goes to the very fundamentals of family values.”

“That cannot be ignored,” declared the judge, adding that he could not find any other case “that related to the fraudulent misuse of a will.”

Mr Lauro, a Scout leader from Hollybrook Grove in Newtownabbey and his sister, from Lough Moss Park In Carryduff, pleaded guilty to fraud by false representation in that on 26 February 2016, they told their siblings their deceased mother Anne Lauro “had signed an original will dated 27 December 2015.”

A brother & sister have been jailed in a case of fraud involving their late mother’s will. It’s believed to be the first case of it’s kind in NI. The pair’s brother, Mark, who reported it to police, spoke outside court earlier on behalf of the other siblings. More @qnewsdesk pic.twitter.com/rOl9RsG5hM

Mother-of-three Elaine Lauro also confessed to a further offence of using a false instrument, namely a cheque for £167,000, with intent to induce Santander to accept it as genuine, on 25 February.

The court heard that bequeathing herself a £154,000 property in Sligo, along with half of the long standing family business of Kavanagh’s jewellers in Belfast city centre, as the “prime mover” in the fraud, she stood to benefit by £328,000.

Her brother, who also would’ve been handed half the business and a £31,000 property in Leitrim, would have received £38,000.

Outside the court, their brother Mark Lauro, standing beside his sister Diane Aston read a prepared statement where he said:

“As a result of David and Elaine Lauro’s fraud we as siblings have been denied the truth of ever knowing what mum’s final wishes actually were.

"Their behaviour goes against what was our mum’s right to have had her last will and testimony followed according to her wishes and her wishes alone.

"They have allowed their greed, lies and deceit to desecrate our late parents good name. Their conduct cannot be condoned in our society and should never be acceptable.

"We are ashamed of their actions and are satisfied with today’s outcome, we would like to thank our immediate family & friends for their support throughout.” 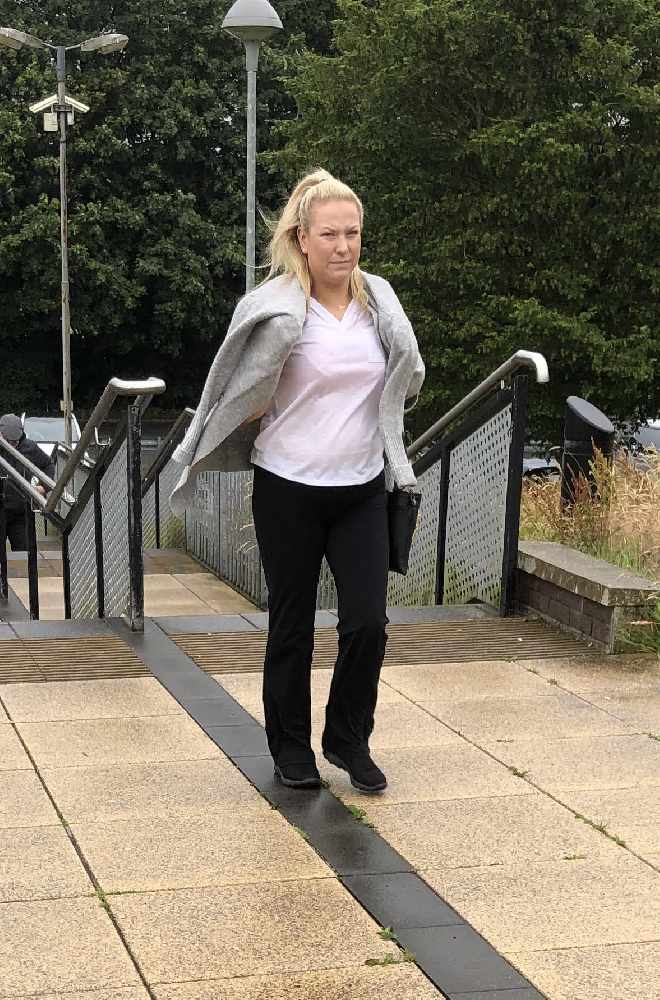 When the prosecution case was opened earlier this week, the court heard that the fraudulent cheque, written by Elaine Lauro six days after her mum sadly passed away from cancer, “would have cleared out” her account.

Prosecuting counsel Nicola Auret described how the defendants “called a family meeting” on 28 February 2016 when they showed their three siblings “a document which they claimed was the will of their dead mother.”

Ms Auret said the purported will set the defendants as both executors and witnesses and outlined there were properties and money to be divided among the five siblings, but “in particular it was stated that the deceased’s business Kavanagh’s jewellers, a long standing operating business, was to be given to the two defendants.”

The lawyer told the court that eight months later, the PSNI received a report from Mark Lauro “his suspicions that the signature on the will had been forged,” so detectives seized the will along with other documents.

Ms Auret said that after the documents had been given to a forensic hand writing expert, “he concluded that the signatures on both the will and the cheque were forged.” 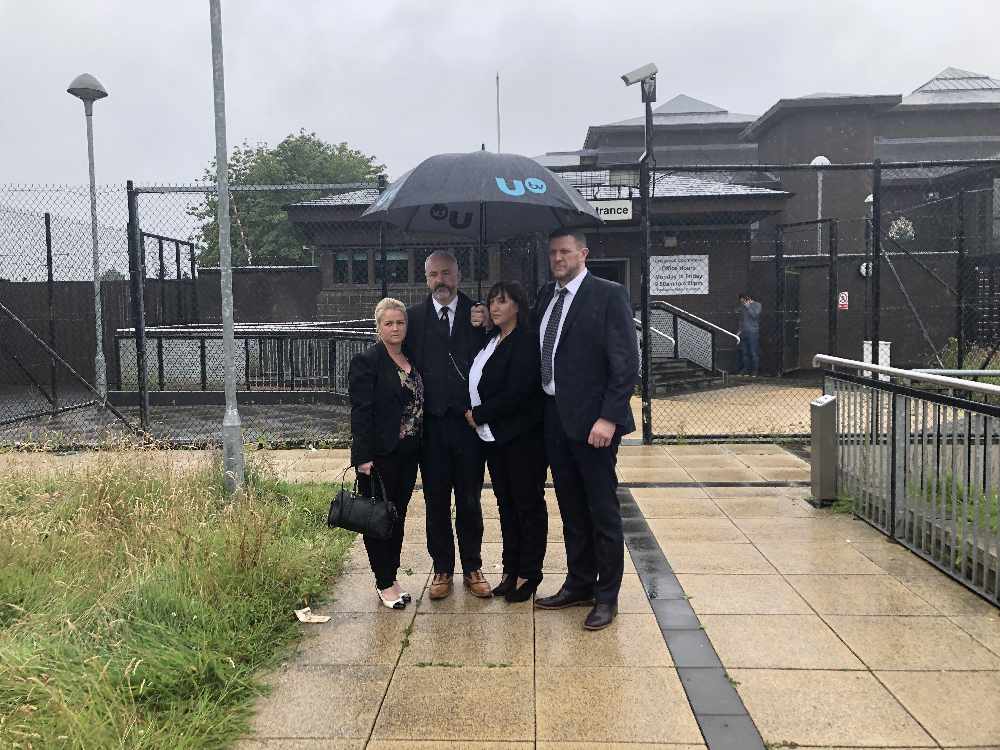 IMAGE: The Lauro siblings outside court after their brother and sister were jailed.

Questioned by police on 10 July 2017, they denied any fraud had taken place.

Defence counsel Patrick Taylor, acting on behalf of Mr Lauro, conceded the fraud represented “an egregious breach of trust” but that “I tentatively invite you to give some credence that there is a ring of truth to the assertion from the defendant that it was his mother’s wish that he and Elaine receive the business.”

Conor Lunney, defence counsel for Elaine Lauro said the offences had caused an “irrevocable split” in the family and he sought to argue that given the “unusual background” to the case, it was an exceptional case despite the breach of trust and that she “was the prime mover in relation to both signatures.”

Judge Lynch adjourned passing sentence at that stage, telling the lying pair to expect jail sentences for their crimes which “strikes at the very heart and foundation of decent family values.”

Summing up the case on Friday, the judge said while a guilty plea usually indicates some degree of remorse, “it doesn’t, in my view, in this case” as they had only confessed after their own hand writing expert opined the signatures were forged.

“Your attitude doesn’t indicate any remorse whatsoever,” said the judge. 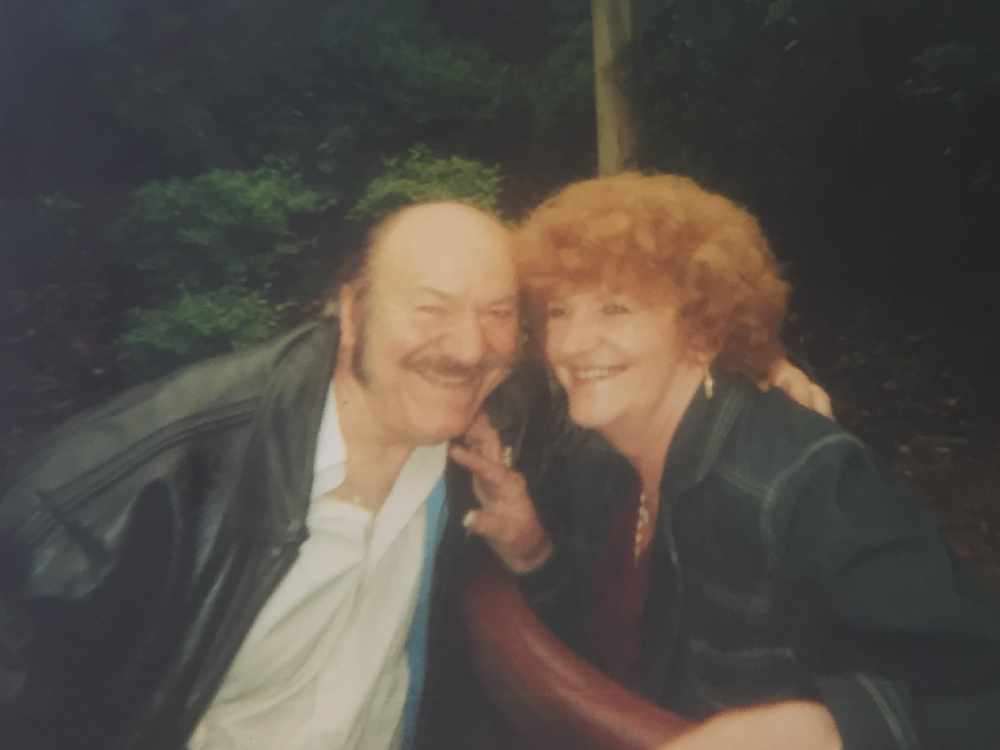 Describing the pair as “proven liars” who had lied to the police and repeated their lies throughout court proceedings, Judge Lynch said despite their claims it was Mrs Lauro’s wish they would be given the business, “very little credence can be given to that proposition.”

“One simply cannot say what the true wishes of this lady would have been,” the judge told the court.

He said while there were mitigating factors for both defendants given their clear records and eventual guilty pleas, the guidelines were clear that in all but exceptional cases, “custodial sentences will almost be inevitable to mark publicly the gravity of the offence.”

“There is an expectation on the part of any person who is terminally ill” that their dying wishes will be respected and carried out but by forging her will, the defendants “took advantage” of their mother’s death, said the judge.

The judge told Elaine Lauro while there was “profound regret” she would have to be jailed, he added it was “hard to avoid the proposition” she had brought it upon herself.

He told the brother and sister it was clear the family fall out from the fraud “is likely to continue to the next generation...the bitterness that you generated by virtue of your actions will not determine at the end of the case.”