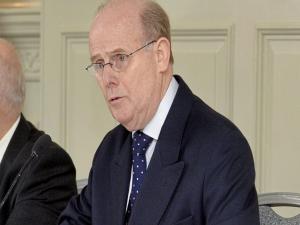 The chairman of Northern Ireland's historical abuse inquiry Sir Anthony Hart has died, it has been confirmed.

He concluded that there had been widespread abuse and mistreatment in some Northern Ireland children's homes between 1922 and 1995.

He recommended a compensation scheme for abuse victims.

Marty Adams of the Survivors Together group, who was abused at Rathgael Training School in Bangor, said he is "very saddened" at the news of Sir Anthony's sudden death.

"Victims of historical abuse are very thankful and grateful for the help and support he gave to victims during his public inquiry," he said.

"We offer our sincere condolences to his family circle at this sad time."

Church of Ireland Bishop of Down and Dromore, Reverend Harold Miller said: "It was a pleasure and privilege to know Tony.

"He served the Lord, the church and the community with faithfulness and integrity, with humility and firmness.

"He will be greatly missed.

"Our comfort is in knowing that he is in the closer presence of his Lord."

Sir Anthony, who was known as Tony, was described as a "strong but gentle Christian believer" who served a number of roles at St Mark's Dundela.

He was also Chancellor of the Diocese of Down and Dromore, and assessor at the Diocesan Synod last month. 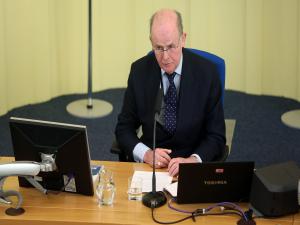