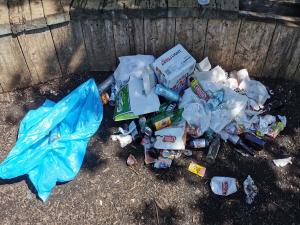 Custodians of the Cornfield Project have been outraged after discovering the outdoor classroom was being used by under-age drinkers last week.

The Cornfield Project, the National Flagship Site for Grow Wild a Kew Gardens Initiative which lies between Ballysally and Millburn, is a recreational space for adults and children incorporating the Men’s -Shed, and with the on-set of summer the site is starting to come into bloom, providing outdoor space of natural beauty between the Ballysally and Millburn Estates.

However, the area has been the target of vandalism in recent times.The large polytunnel had been damaged, and wooden raised beds set on fire.

Last week it was the turn of under-age drinkers to plague the site.

Billy Ellis, Community Outreach Worker from Millburn Community Association and one of the main stays behind the project said: “I was alerted by a few different residents that there was a crowd of youths drinking at the Cornfield. When I arrived there, I saw a group of approximately 13 young people drinking alcohol at the outdoor classroom area within the woods.

"They were accompanied by two adults in their forties who should know better than to be drinking with young people.

"Obviously, there was no social distancing rules being observed, but it was disturbing to find the adults sitting drinking and smoking with the group

"There was only one from the group of youths which I knew actually from the Millburn area, the rest were from over the other side of the town. I informed the group that the PSNI had been called and they quickly moved on.

The PSNI have been contacted and CCTV and Video evidence has been handed over to the police.

After this incident The Cornfield Project decided that during this pandemic we would remove the outdoor learning space so to not encourage people using it as an illegal drinking den.

So early the next morning the area was cleared up of all the empty bottles tins and improvised drug taking vessels which were left behind and the removal of the outdoor classroom seating area took place by local volunteers, members of the veterans group and the Millburn Community Outreach Worker Billy Ellis. 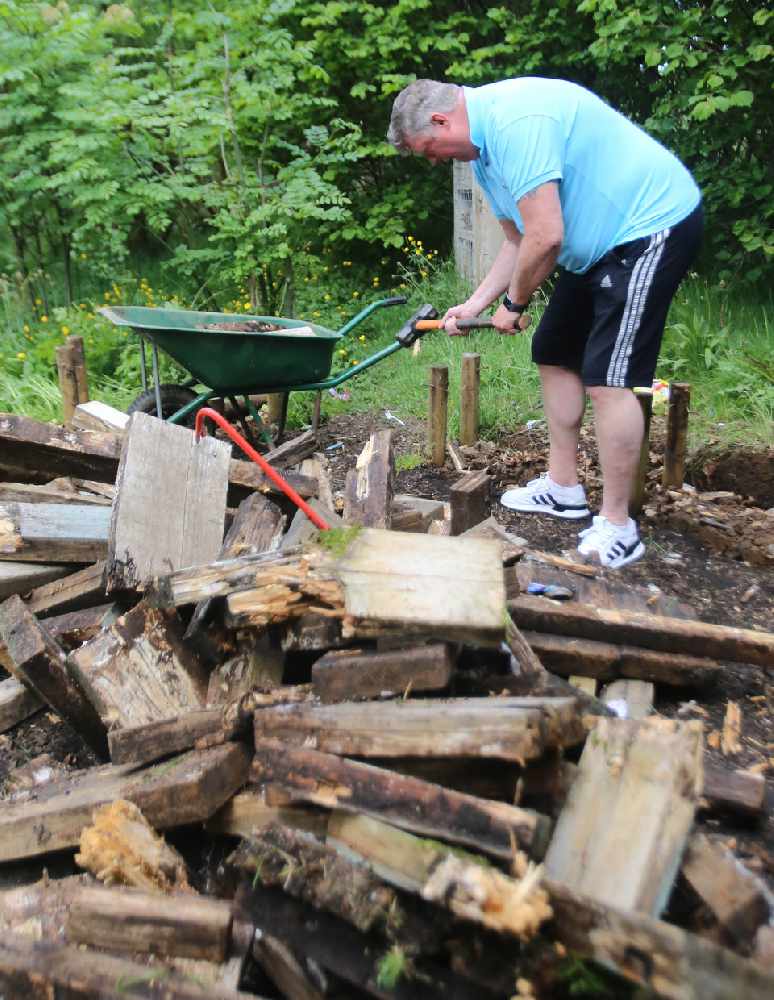 Mr. Ellis continued, "It is disheartening that there is a very small element who think they can use the site in this manner drinking and taking drugs etc then leaving all the mess behind endangering the children that frequently run about the site enjoying it as it should.

"We have many user groups from our Eco Warriors, Veterans Group, Mens’ Shed, and many families who enjoy activities daily at The Cornfield for this sinister element to go up in the evening to get intoxicated on whatever drink and substances they can get their hands on, hopefully this will now stop once and for all.

"This area of the Cornfield Site known as the Outdoor Classroom which we have decided to remove was a horse shoe shaped seated area for up to 40 children used by the local Primary Schools and our own After Schools Eco Warriors Club and youth groups all year round would come to carry out educational sessions learning about the world around us, but due to schools be closed because of the restrictions of the pandemic these groups cannot use the site.

"However once we get back to normality we will ensure that we will rebuild this area back to its best for when the user groups are ready to start again.

During the clear-up operation, the Cornfield was visited by local MLA Maurice Bradley who said: “Once again, something built by the community, for the community has been abused.

This project was planted out with wildflowers, trees and shrubs by children from Millburn and Ballysally Nursery groups, and adults involved with BASE Coleraine, a group of active adults with learning difficulties who helped with then planting and weeding to get the area ship-shape with wildflower meadows which have brought colour to the Cornfield and Coleraine. 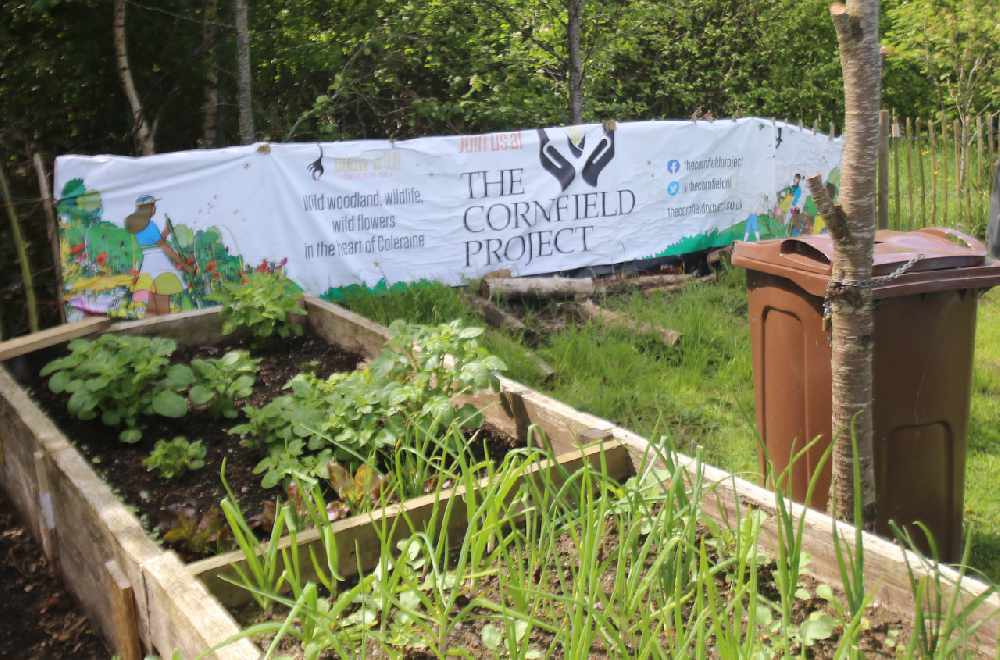 The raised beds, used by groups from the area to grow vegetables at the Cornfield.

Since becoming the flagship site for Northern Ireland’s Grow Wild Initiative, the Cornfield has gone from strength to strength and with the addition of a Men’s Shed this is a valuable contribution to everyone from the area, after tremendous work in partnership from Focus On Family and Millburn Community Association.

The mindless vandalism is bad enough, but young people, many under-age, using it as drinking den and perhaps worse, particularly saddens me, he concluded.

After the early morning clean-up, Coleraine Councillor George Duddy, who works closely with all the groups also visited the site and organised for the now waste-wood to be taken away.

Councillor Duddy said: "It is disgusting and very disappointing to see a vital community asset which, is used to educate young children from the community and local schools on the importance of protecting the environment for future generations being used by adult men in the company of youths as a drinking den.

"It is more concerning during this period of lockdown, parents do not know where their children are, especially when they should not be mixing with other children from different households.

"This asset because of the selfishness of a very small number has now been removed in an attempt to dissuade anyone congregating during the Covid-19 period. I welcome this decision by the group and, given the circumstances the responsible thing to do at this time."