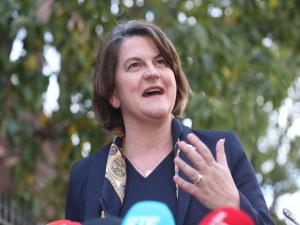 Meanwhile, in north Belfast, there was a second night of sporadic disorder near a community interface as police came under attack from petrol bombers in the nationalist New Lodge close to a bonfire in the loyalist Tiger's Bay area. 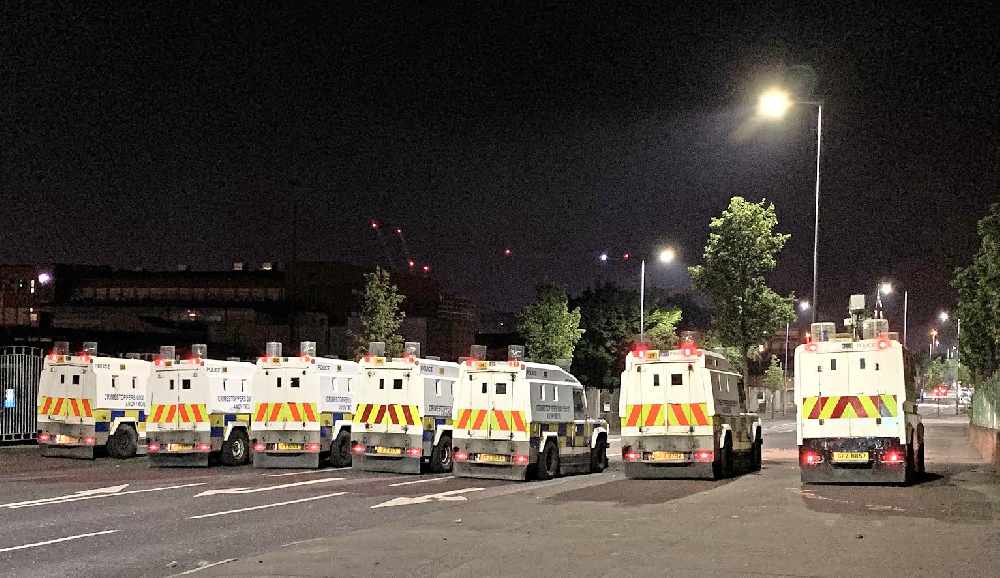 The PSNI confirmed that bottles, masonry and a "number of petrol bombs" were thrown at officers throughout Saturday evening in Queens Parade and New Lodge Road.

Ahead of the Eleventh Night fires, politicians and community leaders had urged people to avoid mass gatherings and stick to Covid-19 regulations that limit outdoor gatherings to no more than 30 people.

Crowds well in excess of 30 were witnessed at a number of fires that were lit late on Saturday night.

Mrs Foster said she regretted that some people did not follow advice from the Orange Order to stay at home for the annual July 12 celebrations.

She also condemned the violent scenes in north Belfast, and criticised those who placed sectarian and offensive messages on the loyalist bonfires.

"I know certainly the one in which I want to live in, it's one where we can all proudly celebrate but do so in a way that is not offensive and certainly not sectarian."

These fires are not only detrimental to the environment, but also to community relations

"Political unionism must do more to challenge and confront the destructive and toxic issue of anti-social bonfires," she posted on Twitter.

"These fires are not only detrimental to the environment, but also to community relations.

"Sectarianism has absolutely no place in our society and must be rooted out."

In a statement on Sunday morning, PSNI Superintendent Lorraine Dobson said it was "extremely disappointing" that officers had come under attack again by youths throwing petrol bombs in the New Lodge area.

"Damage has been caused to a number of our vehicles but, thankfully, none of our officers were injured," she said.

"We are again today appealing to young people who are involved in this type of criminal and anti-social behaviour to stop. You need to realise the consequences of your actions, and the impact it has on the community.

"I would also appeal to parents and guardians of young people to please ensure you know where your young people are, who they are with and what they are doing.

"I would also appeal to those in the community to use their influence to ensure we do not see a repeat of this senseless activity we have witnessed over the last two nights again in the area."

She added that police will seek to gather evidence to bring those responsible before the courts.

The Northern Ireland Fire and Rescue Service said crews responded to 24 bonfire-related incidents between 6pm on Saturday and 1am on Sunday - a 29.5% decrease compared with 2019.

The spokesman added that no attacks on personnel or appliances were reported.

Bonfires are torched in loyalist communities across the region every July 11 to usher in the main date in the Protestant loyal order parading season, the Twelfth of July.

Many of the fires were cancelled during the Covid-19 lockdown, with a number of sites cleared of wood by the local authorities.

However, the recent easing of restrictions in Northern Ireland led to some reversing the decision to cancel.

Some bonfire builders also appear to have been motivated amid loyalist anger over a controversy that saw hundreds of republicans acting in alleged variance with the regulations to gather in west Belfast last month for the funeral of IRA veteran Bobby Storey.

The Orange Order has cancelled its plans for traditional mass Twelfth of July parades and demonstrations, which were scheduled to take place on Monday July 13 because the 12th fell on a Sunday.

Some loyalist bands are planning to take part in localised events on Monday, urging people to stay in their homes while they parade past.