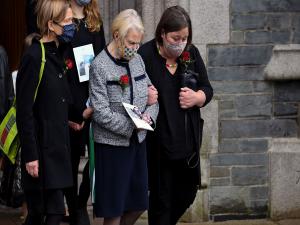 World leaders and officials gather at the funeral of John Hume

John Hume made peace visible for others even in the darkest moments, his funeral has been told.

Mourners heard that the former SDLP leader put everybody first and did not focus on difference and division.

"He focused on unity and peace, and giving that dignity to every person," Father Paul Farren said.

"We should never underestimate how difficult it was for John to cross the road and do what was intensely unpopular for the greater good.

"Even in the darkest moments, when people would have been forgiven for having no hope, John made peace visible for others.

"His vision revealed what could be, and with time and determination and single-mindedness and stubbornness he convinced others that peace could be a reality. 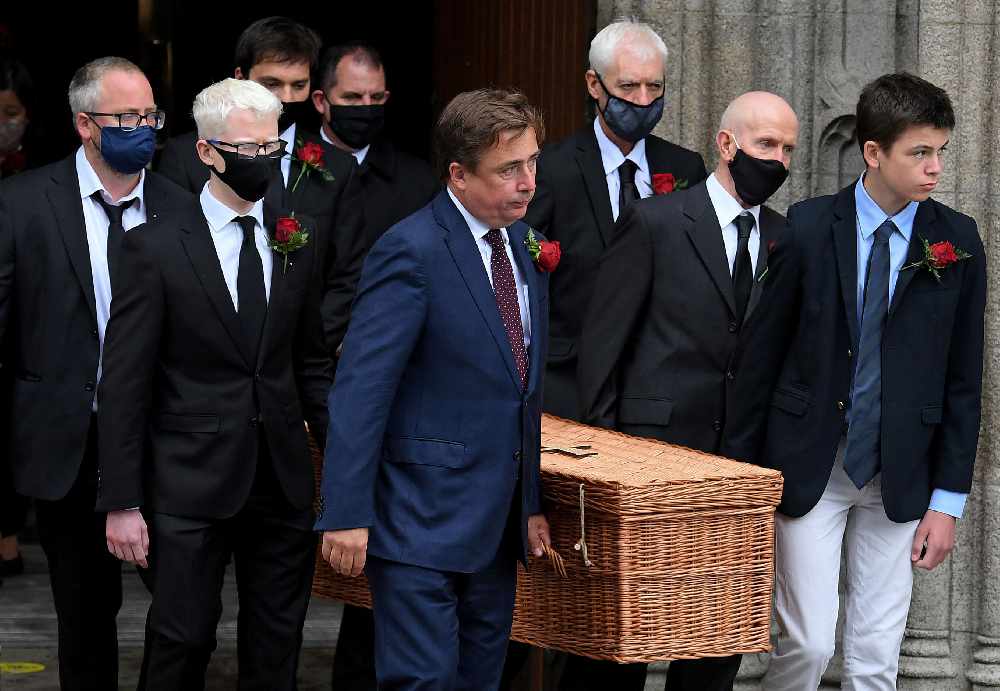 The body of the former SDLP leader is carried from St Eugene's Cathedral. Credit: Alan Lewis.

"If ever you want to see a man who gave his life for his country, and his health, that man is John Hume. The world knows it."

He told mourners that he was a Derryman to his core. 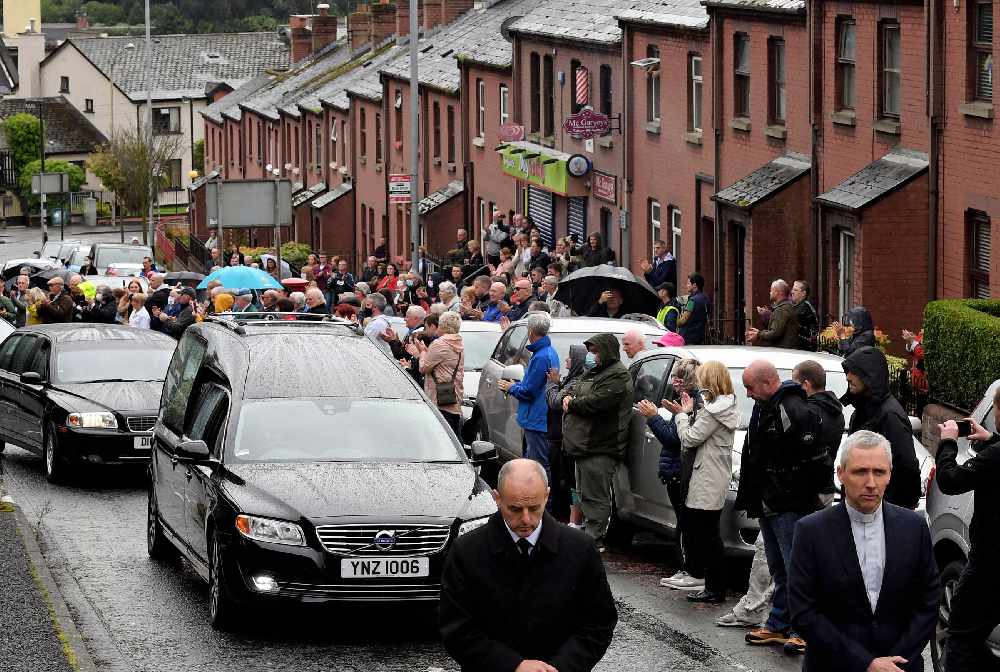 People line the streets to pay their respects to John Hume by clapping. Credit: Alan Lewis.

Mr Hume added: "If dad were here today, in the fullness of his health, witnessing the current tensions in the world, he wouldn't waste the opportunity to say a few words.

"He'd talk about our common humanity, the need to respect diversity and difference, to protect and deepen democracy, to value education, and to place non-violence at the absolute centre.

"He might also stress the right to a living wage and a roof over your head, to decent healthcare and education."

Derry musician Phil Coulter, who is expected to play The Town I Loved So Well at the end of the service, is also attending the mass.

He will also perform "The Town I Love So Well" as the funeral of #JohnHume comes to a close. pic.twitter.com/h9cE36UWKH

Mourners began arriving at St Eugene's Cathedral in Derry/Londonderry an hour before the beginning of Wednesday morning's service.

Ahead of the service, Pope Francis paid tribute to Mr Hume.

A statement from the Vatican said: "His Holiness Pope Francis was saddened to learn of the death of John Hume, and sends the assurance of his prayers to his family and to all who mourn his loss.

"Mindful of the Christian faith that inspired John Hume's untiring efforts to promote dialogue, reconciliation and peace among the people of Northern Ireland, his Holiness commends his noble soul to the loving mercy of Almighty God."

A message from the Dalai Lama will also be read during the service.

"I was pleased to be able to meet John during one of my several visits to Northern Ireland," he said.

"Indeed, his deep conviction in the power of dialogue and negotiations in resolving the problem in his homeland has been an example of non-violent resolution of issues.

"It was his leadership and his faith in the power of negotiations that enabled the 1998 Good Friday Agreement to be reached. His steady persistence set an example for all of us to follow.

"Although my fellow Nobel laureate is no longer with us, his message about peace and nonviolence in the resolution of conflict, no matter how protracted or difficult it may seem to be, will long survive him. He lived a truly meaningful life."

The politician, feted around the world as a peacemaker, died on Monday at the age of 83 after a long battle with dementia.

In ordinary circumstances, Mr Hume's funeral would have been expected to draw huge crowds, but numbers will be limited due to coronavirus restrictions.

There were emotional scenes outside the cathedral on Tuesday evening as Mr Hume's widow Pat was tightly embraced by family members as she watched her husband's coffin being carried inside the cathedral.

A socially-distanced guard of honour made up of SDLP activists watched on as the procession made its way to the doors of the cathedral.

They held candles in memory of the man hailed for his role forging the Good Friday peace accord. 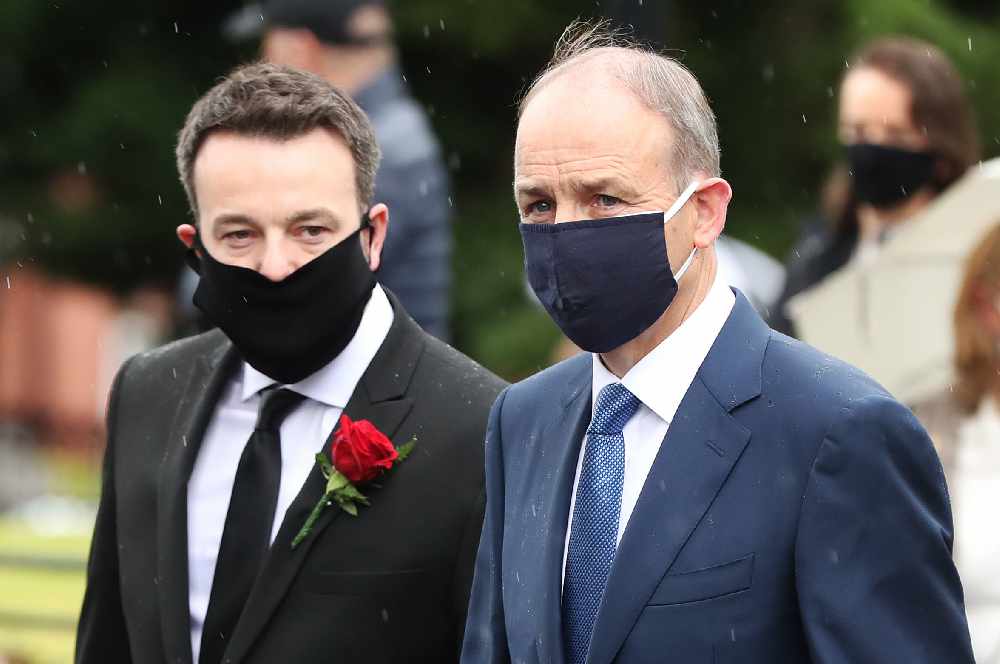 The gesture was replicated in many homes across the island, as people placed candles in their windows in line with a request from Mr Hume's family.

Mr Hume was a key architect of the Good Friday Agreement and was awarded the Nobel prize for the pivotal role he played in ending the region's sectarian conflict.

The funeral service was broadcast by both the BBC and RTE.

He was a prominent figure in the civil rights campaigns of the late 1960s and also played a leading role in the formation of the credit union movement.

His participation in secret talks with then Sinn Fein president Gerry Adams in the late 1980s and early 1990s was a key catalyst for the nascent peace process.

The SDLP leader faced intense criticism, including some from within his own party, when his dialogue with Mr Adams became public in 1993.

Despite threats to his life, he persisted with his efforts to engage with the republican movement and to convince the IRA to end its campaign of violence.

The highlight of Mr Hume's career came in 1998 with the signing of the historic Good Friday accord which largely ended Northern Ireland's 30-year sectarian conflict. 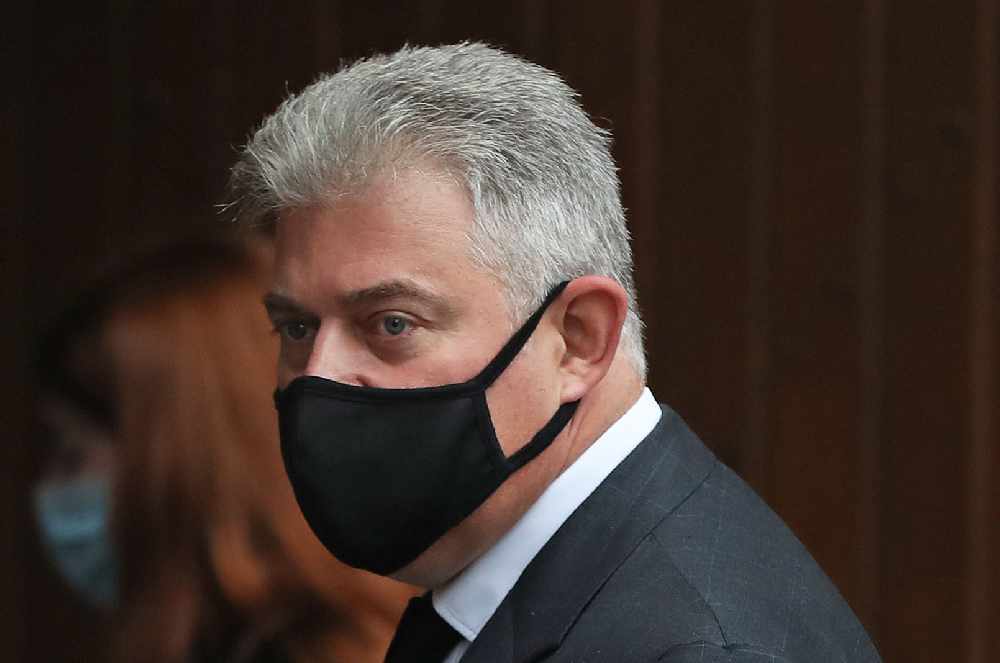 Along with Ulster Unionist Party leader David Trimble, now Lord Trimble, Mr Hume was awarded the Nobel peace prize for his contribution to stopping the bloodshed.

In 2010, Mr Hume was named "Ireland's Greatest" in a poll by Ireland's national broadcaster RTE.